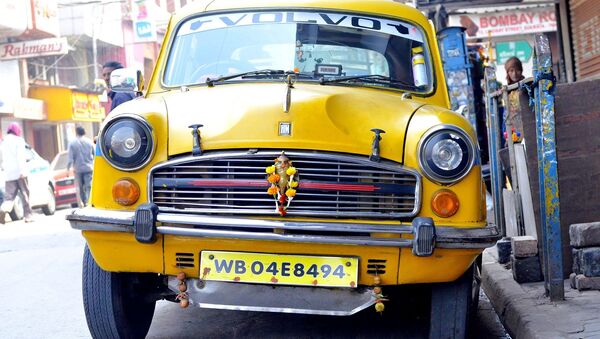 New Delhi (Sputnik): To combat increasing pollution in India’s national capital, the city government has rolled out a vehicle rationing scheme mandating private cars with license plate numbers ending in odd digits to stay off the roads on even dates and vice-versa.

A day after the Delhi government launched the Odd-Even scheme to tackle unprecedented air pollution in the city, netizens took to Twitter to vent their anger over surged pricing by private cab aggregators - something which they, in turn, have denied.

Before buying the pass there were 6 cabs and as soon as pass was bought for 25 mins there was only one and that also foing in wrong direction... you are #OddEven profiteers

@ArvindKejriwal @Saurabh_MLAgk look into @Olacabs when u dont get shared cab in 3-4 tries or cancel one which is not moving ur way. Ola is surcharging!!! #OddEven profiteering

I read that @Uber_India will deactivate surge pricing during odd even. I still see surge price happening. Is it not valid if we book the cab in Noida?

With you on this. There might be no surge pricing but I’ve seen drivers cancel or call and refuse rides. I assume this is coz of Odd even. They aren’t allowed surge so they just find another way. Happened to me yest twice too. How many times to complain?

Both the private cab aggregators Ola and Uber had earlier clarified they would not resort to ramping up fares during the 12-day scheme.

Ride-hailing app Ola announced on 1 November that there will be no peak pricing on rides for the duration the odd-even scheme and will help in ensuring its successful implementation.

Arun Srinivas, Chief Sales and Marketing Officer at Ola said, “Ola extends its support to the Delhi Government’s initiative to curb pollution. We will have no peak pricing on rides booked on the Ola platform during the Odd-Even period."

An Uber spokesperson, meanwhile, said in a statement: “Uber is doing everything possible to ensure easier commuting in the city during odd-even scheme. We have initiated a proactive driver partner campaign in Delhi NCR urging them to offer pledges of support and come out on the roads to ensure maximum rider convenience".

The vehicle rationing scheme in Delhi will remain effective until 15 November. A fine of $56 will be levied on violating adherence to the scheme.

Delhi has been grappling with such unprecedented pollution that the Government of India had to intervene in State affairs by calling a high-level meeting to discuss the issue of the deteriorating air quality in the capital city. India's top court intervened and accused the State government of "passing the buck" on air pollution and failing to tackle the menace.