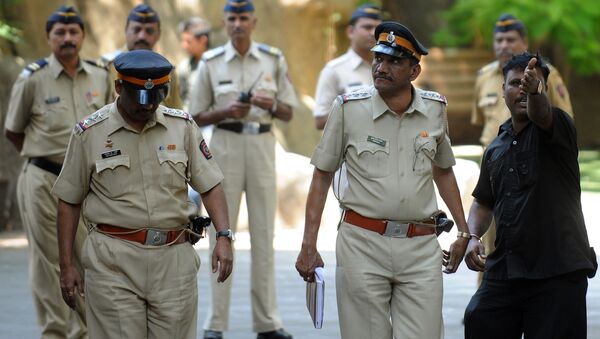 New Delhi (Sputnik): A minor row over parking of vehicles on court premises in New Delhi between police personnel and lawyers has blown out into a major row, with lawyers in several locations across India continuing to resort to violence targeting policemen and litigants.

A large number of police personnel have come out of the headquarters of Delhi Police Station in New Delhi demanding action against lawyers involved in an attack on police on Saturday at the Tis Hazari District Court in the national capital.

Lawyers continued violent protests on Monday in New Delhi and several other places in the country, attacking policemen, litigants and ordinary people.

Holding placards saying “We want Justice”, “How is the Josh….? Low Sir…!” police personnel in uniform and civil attire wore black arm-bands to condemn the attacks on their colleagues.

Several officers of the elite Indian Police Service (IPS) took to Twitter to express their anguish.

Deependra Pathak, Director General of Andaman and Nicobar Islands in a tweet said, “Lumpen elements in the garb of Black Coat are on a total rampage endangering social orderliness in Delhi”.

Lumpen elements in the garb of Black Coat are on total rampage endangering social orderliness in Delhi. Fear of law need to be instilled among these mischief mongers.@DelhiPolice need to interpose pending Police-Lawyer clash cases.

​D. Roopa, an IPS officer from southern Karnataka described the incident as “mockery of the system” and sought “strictest action” against the hooligans.

Mockery of the system. I only wish people at helm of affairs take strictest action. Else morale of the force suffers n will embolden hooligans to take law into their hands. https://t.co/Dz5Jnpuclw

​Another senior IPS officer, Dr Sagar Preet Hooda, Joint Commissioner of Delhi Police tweeted “Hooligans must be punished even if they are masquerading as lawyers”. He said the incident has shaken the collective consciousness of the whole of society.

No one is above the law...Hoolingans must be punished even if they are masquerading as lawyers. Tis Hazari incident has shaken the collective consciousness of whole society. Time has come lawyers read the law! @IPS_Association @CPDelhi @abhikr31873 @kpsingh20#tishazariclash

​The association of IPS officers across the country condemned “all attempts to break the law, by anyone,” and wanted to take a “balanced view” of the incident involving police and lawyers.

Incident involving police & lawyers unfortunate. All should take a balanced view of it based on facts in public domain. Countrywide, police stands in solidarity with those police personnel subjected to physical assault & humiliation. Condemn all attempts to break law, by anyone!

​There has been no reaction from the government to the incident. India’s Federal Home Minister Amit Shah on Tuesday said “Policemen are engaged in the security of the country without worrying about their lives.” Delhi Police come under the administrative control of the Federal Home Ministry.

​The High Court of Delhi had ordered the transfer of two senior police officers for “mishandling” Saturday’s situation and appointed a retired judge to conduct a judicial inquiry into the incident. The court had also ordered payment of compensation to three injured lawyers.