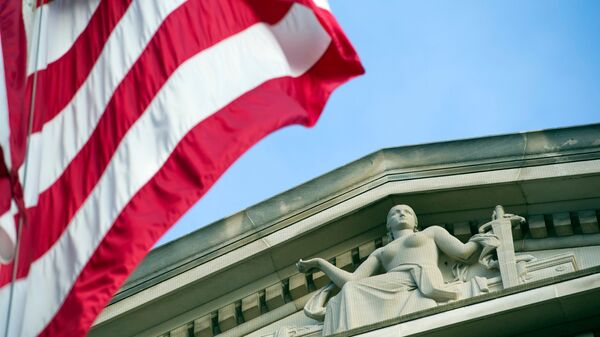 © AP Photo / Cliff Owen
Subscribe
International
India
Africa
WASHINGTON (Sputnik) - A US citizen has entered a guilty plea over plans to blow up an Independence Day parade in the city of Cleveland as part of a plot to support the al-Qaeda terror group, the Justice Department announced in a press release.

"I’m trying to figure out something that would shake them up on the 4th of July", Demetrius Nathaniel Pitts told an undercover FBI operative posing as an al-Qaeda terrorist, according to the release on Tuesday.

Pitts later stated that "What would hit them at their core? Blow up in the, have a bomb, blow up in the 4th of July parade", the release said.

In another meeting, Pitts gave the informant a phone with the reconnaissance photos and videos for the planned attack, "so they could be provided to the al Qaeda brothers", the release said.

Pitts is scheduled to be sentenced on 11 February 2020. Under the terms of his guilty plea, he is likely to be sentenced to 14 years in prison followed by a lifetime of supervised release, according to the release.