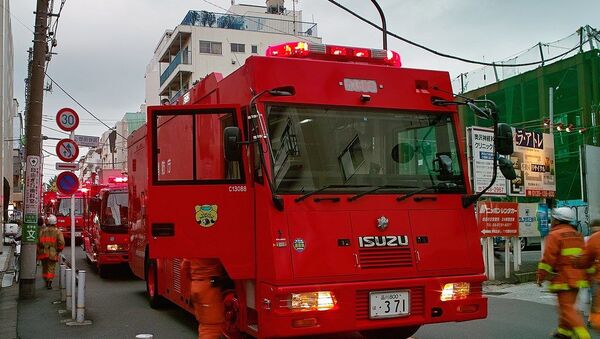 On 31 October, a major blaze broke out at the landmark Shurijo Castle in Naha, which was included in the UNESCO World Heritage list in 2000.

A fire damaged at least one building at a site featuring traditional gassho-zukuri houses in Gifu Prefecture, central Japan on Monday, according to a fire department official.

According to local media reports, a barn caught fire 500 meters from the protected monuments, and there is no threat to cultural objects. Meanwhile, Reuters, citing an employee of the fire department, said that at least one historic building was still damaged, however  the fire was quickly put out and the damage was minimal.

The houses in the neighbourhood were built hundreds of years ago and are known for their thatched roofs.

No one was injured during the emergency; and the cause of the fire is not yet known.

On Thursday, a major blaze broke out at a castle in Naha, and local police and fire officials have begun an investigation into the matter, media reported earlier in the day.

The castle is part of a complex of monuments and buildings representing the history of the Kingdom of Ryukyu, which existed on the Ryukyu Islands between the 15th and 19th centuries.