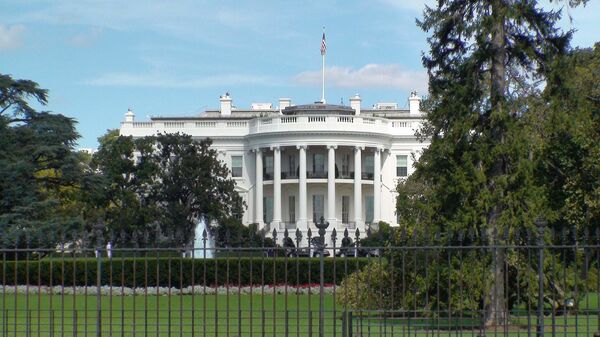 Oleg Burunov
All materialsWrite to the author
Earlier, Donald Trump tweeted that lawmakers should censure Adam Schiff for providing his own interpretation of this summer’s phone call between the US President and Ukrainian counterpart Volodymyr Zelensky, which in turn resulted in the Democrats’ launching an impeachment inquiry against Trump in September.

“If shifty Adam Schiff, who is a corrupt politician who fraudulently made up what I said on the 'call,' is allowed to release transcripts of the Never Trumpers & others that are & were interviewed, he will change the words that were said to suit the Dems purposes,” Trump tweeted on Monday.

He labelled Schiff as “a proven liar and leaker,” urging Republicans to give their own transcripts of the interviews “to contrast with Schiff’s manipulated propaganda.” 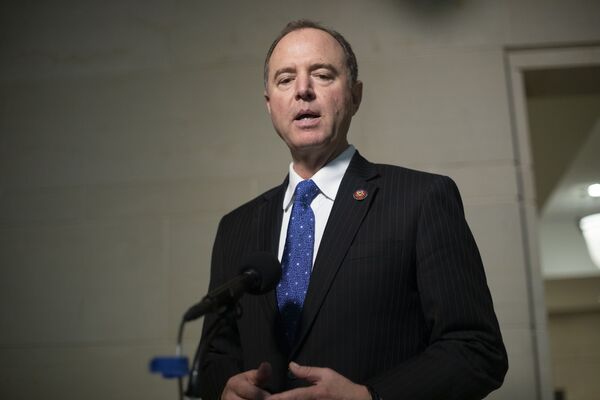 House Intelligence Committee Chairman Rep. Adam Schiff, of Calif., speaks to the media as he returns to a closed door meeting where Ambassador to the European Union Gordon Sondland, testifies as part of the House impeachment inquiry into President Donald Trump, on Capitol Hill in Washington, Thursday, Oct. 17, 2019
© AP Photo / Pablo Martinez Monsivais

Trump's comments came shortly after California Democrat Jackie Speier, member of the House intelligence Committee, claimed that the full transcripts from the closed-door hearings will become available “within the next five days”.

“What we have heard is growing evidence of grounds for impeachment," said Speier.

Meanwhile, the Republicans' motion to censure Schiff was defeated in the lower chamber of Congress last month after his fellow Democrats voted it down 218 to 185.

Earlier, US President Donald Trump urged “all House Republicans, and honest House Democrats” to vote for censoring Schiff who earlier provided his own interpretation of this summer’s phone call between Trump and Ukrainian President Volodymyr Zelensky.

Hope all House Republicans, and honest House Democrats, will vote to CENSURE Rep. Adam Schiff tomorrow for his brazen and unlawful act of fabricating (making up) a totally phony conversation with the Ukraine President and U.S. President, me. Most have never seen such a thing!

This followed a move by Republican Andy Biggs to introduce a resolution which specifically accuses Schiff of "a false retelling of the conversation between President Trump and President Zelensky.”

In previous series of tweets, Trump suggested that Schiff should be arrested for treason and resign from Congress over his modifying the transcript of the Trump-Zelensky call.

The House Intelligence Committee Chairman, for his part, insisted that Trump's summary of the call “was meant to be, at least part, in parody.”

In a separate development, US President Donald Trump pledged to read a transcript of the phone call aloud so that Americans could see his point amid the ongoing impeachment proceedings against him.

“This is over a phone call that is a good call. At some point, I’m going to sit down, perhaps as a fireside chat on live television, and I will read the transcript of the call, because people have to hear it. When you read it, it’s a straight call,” Trump told the Washington Examiner.

He insisted “everybody knows” that he did “nothing wrong,” adding that charges against him were nothing compared with those lodged against three other US presidents to face impeachment, including Bill Clinton, Richard Nixon and Andrew Johnson.

Democrats kicked off an impeachment inquiry against President Trump in late September following reports of a whistleblower complaint accusing the US President of abusing power in talks with Ukrainian counterpart Zelensky, during which POTUS tried to pressure Zelensky into starting an investigation into Democratic primary frontrunner Joe Biden.

House Democrats claim that it was a quid pro quo deal, involving military aid for Ukraine, which was briefly frozen ahead of their telephone call. Trump vehemently denies these claims, saying he had a "pitch perfect" talk with his Ukrainian counterpart.

The White House later released the full transcript of that conversation. While POTUS indeed expressed hope that Zelensky would investigate the criminal allegations against Biden, the script contained no hint that Trump "pressured" him in any way. Despite this, the Democrats are continuing with their impeachment efforts, which are being branded as another "witch hunt" and a “hoax” by Trump.