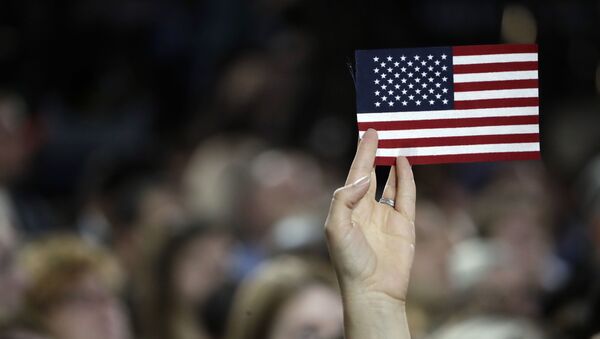 The claim centres on the role of Stefan Halper, a shadowy foreign policy scholar who was reported to have worked as an informant for the FBI at the time when the bureau was investigating the discredited claims of a Trump-Russia connection.

Investigative journalist Lee Smith, the author of the newly-released book ‘The Plot Against the President’, believes that the FBI’s operation ‘Crossfire Hurricane’ was actually designed to “assist” Hillary Clinton.

Speaking to Fox News' Maria Bartiromo on Sunday, Smith discussed the role of Stefan Halper in the Russiagate saga.

Halper, a White House aide-turned-Cambridge professor with close ties to the CIA and MI6, has been identified by several media outlets as an informant used by the FBI to find out if there were any links between the Trump campaign and Russia. Both Trump and Moscow have denied those claims, and a subsequent investigation by Special Counsel Mueller has failed to corroborate them as well.

At the behest of the bureau, Halper reportedly talked to several people involved in the Trump campaign to see if they knew anything about it.

This summer, Senate Finance Committee Chairman Chuck Grassley pressed the Department for all records pertaining to Halper’s contracts due to concerns over potentially “suspicious” contracting practices, but the officials missed the deadline for providing the information.

“What we see is these are not actual studies,” Lee Smith said of those contracts. “We hear that he was reportedly the FBI’s confidential source, sent against the Trump campaign.”

“What he really is – his history is – a political operative,” Smith continued. "This was a political operation designed to assist the Clinton campaign. We talk a lot about the FBI and [Department of Justice] and we’re right to focus on the very bad, likely criminal things they did. But it’s important to remember that the primary beneficiary was the Clinton campaign.”

It is understood that Halper, now 75, was picked as an informant because of his connections with former Trump Campaign chairman Paul Manafort. In the 1980s, he reportedly oversaw a spying operation that involved CIA agents gathering classified foreign policy documents from the Carter administration for then-Republican candidate Reagan.

Lee Smith’s book, which came out on 29 October, apparently met some resistance from Hillary Clinton’s entourage. Days before its release, Fox News reported that Sidney Blumenthal, a former aide to Bill Clinton and Hillary’s long-time confidant, had sent threatening letters to the publisher of the book to stop it from being released.

“The Clinton machine wanted to intimidate Lee,” a source familiar with the matter was quoted as saying. The publisher, however, reportedly found the threats “meritless” and went ahead with the release.