US Man Warns of 'Russian Mind Controlling Devices' in Americans' Ears, Turns Himself In to FBI 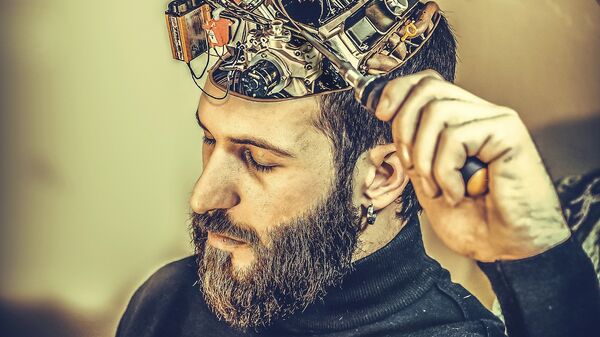 An FBI spokesperson explained that the man who painted this message about Russia allegedly controlling people via micro devices inserted into their ears appears to be suffering from some kind of mental illness.

A man who recently left a car with a cryptic warning painted on it next to the FBI office in Pittsburgh has finally turned himself in, according to local NBC affiliate WPXI.

The message painted on the man’s car said: "Russia plants micro radio devices in ppls ears and controls them using a sound similar to a dog whistle. Subliminal hypnosis."

THE MESSAGE ON THE CAR: “RUSSIA PLANTS MICRORADIO DEVICES IN PPLS EARS & CONTROLS THEM USING A SOUND SIMILAR TO A DOG WHISTLE. SUBLIMINAL HYPNOSIS.”
My photographer @pishotti captured this shot of the side of the car at the FBI gate. @WPXI pic.twitter.com/fedQMn5JCb

​While the vehicle was examined by a bomb squad, and with FBI agents and Pittsburgh police moved to investigate this incident, an FBI spokesperson explained that the man turned himself in voluntarily and appears to be suffering from "an unknown mental illness."

#FBI Pittsburgh has located the individual who left the car at the back gate of our office. He voluntarily turned himself in and appears to be suffering from an unknown mental illness. With the assistance of his family, he is now receiving help. His name will not be released.

​News of this development, perhaps predictably, seemed to amuse a number of social media users who joked about the contents of the "mind control" warning.

man, talk about a bad vibe!

...ouch! There goes that ringing again. I think it’s telling me to vote for buttigieg?! Wtf?

What did you say? I couldn't hear you because of the high pitched whine in my ears

So that's why I can't get ESPN radio 970 signal during the day.