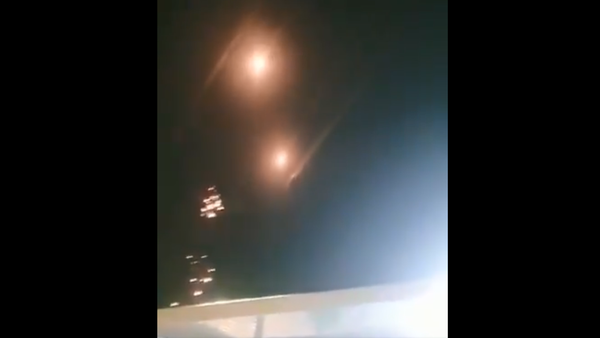 On Friday, the Israel Defence Forces (IDF) said that a total of 10 rockets had been fired from Gaza, including eight projectiles that had been intercepted by the Iron Dome air defence system.

“We are in a very sensitive security period, that is explosive in several spheres in the east, north, and south,” Netanyahu said.

“Immediately after the rocket fire on the Gaza envelope, I convened a top level security meeting in the military headquarters in Tel Aviv,” he stressed.

​The Israeli military reported that the rockets were fired late on Friday. Eight of them were intercepted by Israel's Iron Dome air defence system. One of the rockets hit a residential building in southern Israel, damaging it.

Tensions near the Gaza Strip border heightened on Friday amid the 81st anti-Israeli protest, dubbed the Great March of Return.

On Friday, Palestinians held protests near the Gaza border, timed to an anniversary of the release of the British government’s Balfour Declaration, published on November 2, 1917. The document expressed support for the establishment of a "national home for the Jewish people" within the Ottoman Empire's region of Palestine.

The protest led to clashes with the Israeli forces. Ninety-six Palestinians have been injured in the violence.