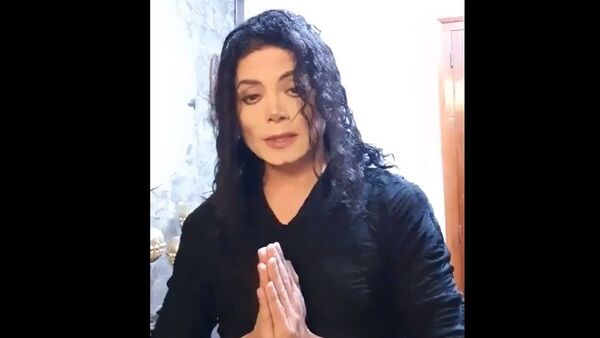 Michael Jackson died in 2009 from an overdose of prescription drugs. His physician Conrad Murray was convicted of involuntary manslaughter in 2011 and spent two of his four-year sentence in prison before being freed for good behaviour.

He performs Jackson's songs at various events around the world and has recently posted a video on Twitter, inviting the singer's fans to visit his performance in Thailand.

​Some fans, who seem to be falling into a conspiracy theory that the famous pop idol faked his own death, have even demanded that Cortes get a DNA test to prove that he is not the real Jackson.

"This is the best impersonation I’ve seen of Michael as far as looks," one of the fans wrote.

Michale Jackson died at the age of 50 in 2009 after taking an overdose of prescribed drugs. His physician Conrad Murray, who found Jackson not breathing in his room, was convicted of involuntary manslaughter in 2011 and sentenced to four years in prison. He was released on grounds of good behaviour after serving two years.