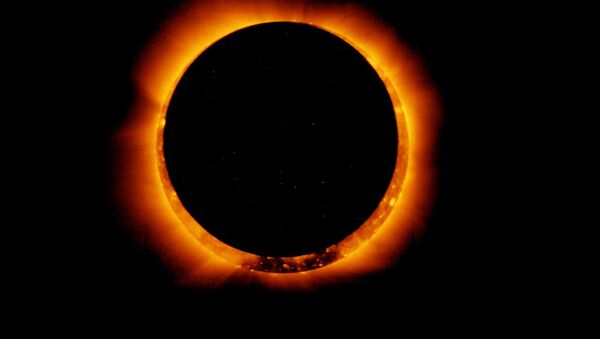 Alex Baker and Christ Rose, both mechanical engineers, used a weather balloon to capture stunning footage of the solar eclipse in 2017, the first event of its kind to be visible throughout all of the 48 'lower' US states in nearly a century.

Back in 2017, engineers Alex Baker and Christ Rose, used a high altitude weather balloon to carry a 360° camera 165,000 feet into the stratosphere, to capture what they claimed was “the world’s first hyperlapse of an eclipse from the edge of space”.

In a newly released video, the duo revealed how they managed to capture the event, dubbed the "Great American Eclipse", as part of the BBC series Earth from Space.

“In August 2017 we travelled to Wyoming to film a solar eclipse. We launched a high altitude weather balloon filled with helium to an altitude exceeding 50 km, timing the apex of the flight to coincide with totality. Using a series of cameras aligned with nanometer precision, we filmed 360 degrees of footage for three hours from launch. After the balloon landed we stitched the footage together and digitally stabilised the footage frame by frame to artificially lock the viewer perspective on the horizon, cropping down to a traditional 16:9 ratio. Finally, we speed-ramped the footage to create the world's first hyperlapse of an eclipse from the edge of space”, engineers said.