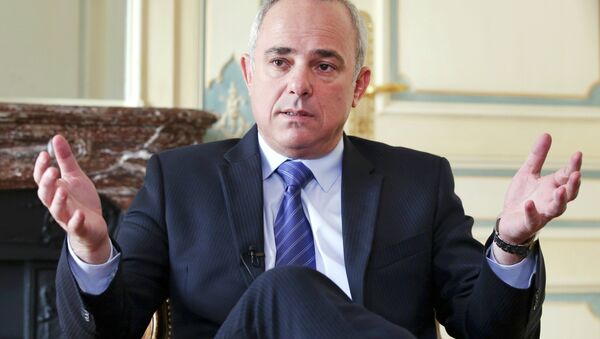 Recently, the situation near the Gaza Strip border escalated, as Israeli fighter jets struck targets in Gaza in response to the recent rockets launched from near the border.

Israel "will be forced" to launch a military operation in Gaza unless the situation on the borders is normalized after the recent fire exchange with the Hamas movement, Israeli Energy Minister Yuval Steinitz said in an interview with ''Galei Tzahal'' (Israel's Army Radio).

On Sunday, Israeli cabinet ministers held a meeting concerning the recent military escalation in Gaza. Israeli Prime Minister Benjamin Netanyahu said that the situation near the eastern, northern and southern borders of the country had become ''explosive'' and the government should continue to work ''in all directions'' to ensure security.

A total of 10 rockets have been fired from Gaza recently, including eight projectiles that have been intercepted by Israel's Iron Dome air defence system, the Israeli military reported. One of the rockets hit a residential building in the southern city of Sderot, but no civilians were injured.