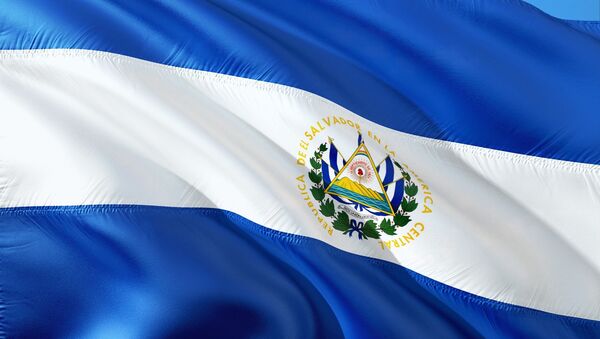 CC0 / Pixabay /
Subscribe
Earlier, El Salvador's President Nayib Bukele said that the United States was his country's 'ally number one'. The United States recognise self-proclaimed interim president Juan Guaido as Venezuela’s leader despite his failure to take control of the country from President Nicolas Maduro, whom the US has repeatedly called upon to step down.

The note explains that the decision was made in accordance with the Salvadoran vote in the Organisation of American States (OAS), which supports a report by the United Nations High Commissioner for Human Rights condemning alleged violations of the human rights of Venezuelans.

​Nayib Bukele recognised the head of the country’s legislature Juan Guaido as "president in charge of Venezuela" and advocated "in the near future, the receipt of credentials from the new diplomatic representation of Venezuela."

The US ambassador to El Salvador, Ronald Johnson, applauded the step taken by the Bukele administration, and said the Salvadoran president had put himself "on the right side of history" by recognising Guaidó as "interim president of Venezuela".

​Bukele assumed the presidency of El Salvador on 1 June, and since the beginning he has distanced himself from Venezuela and proclaimed the United States to be his country's greatest historical ally.

Venezuela has been suffering from a severe political and financial crisis since late January when US-backed opposition leader Juan Guaido proclaimed himself interim president in a bid to oust Venezuelan President Maduro from power.

Maduro has accused Guaido of being a US puppet, working with Washington to orchestrate a coup so that the US can control Venezuela’s vast fossil fuel reserves, the largest in the world.

While the United States, the European Union and the majority of Latin American countries recognise Guaido, Russia, China, Turkey, Iran and a number of other nations view Maduro as the only legitimate president of Venezuela.

000000
Popular comments
lol this flags has masonic elements…. like one dollar. long story short another puppet nation have to live under contrılled caos by usa. they will stay as weak and poor because their big bully brother usa intrests…. usa always use ancient egypt sembols. now i can understan. they use these ancient egypt sembols because usa love enslave and ruin others nations
Kemalist77
3 November 2019, 09:08 GMT6
000000
Nothing unexpected. Part of the anti-Maduro conspiracy.