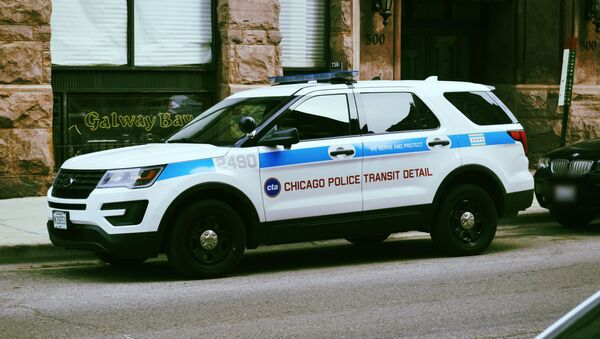 During his Monday visit to Chicago, his first since entering the White House, US President Donald Trump dubbed the city a "haven for criminals" and “embarrassing to us as a nation”.

A teenage boy has been charged with attempted murder after shooting a seven-year-old girl who was trick-or-treating in the Little Village neighbourhood of Western Chicago. Once a thriving Eastern European neighbourhood, Little Village, also called South Lawndale, is known as the "Mexico of the Midwest" and is home to a sizeable Hispanic community.

The bullet hit the girl at the base of her neck; she was sent to hospital and is now in critical but stable condition, according to police spokesperson Anthony Guglielmi.

According to the official, the girl was struck by a stray bullet during a gang shooting; the intended victim, a 30-year-old man, was injured in the hand.

Mr Guglielmi noted that at the time of the incident, the suspected shooter was wearing a mask resembling the one worn by Jason from the Friday the 13th movies.

It's the latest incident in a string of shootings in Chicago involving innocent bystanders.

The shooting comes days after US President Donald Trump visited Chicago for the first time in his tenure, dubbing the city a "haven for criminals" and "embarrassing to us as a nation". The visit of the US president was boycotted by the mayor and police superintendent.