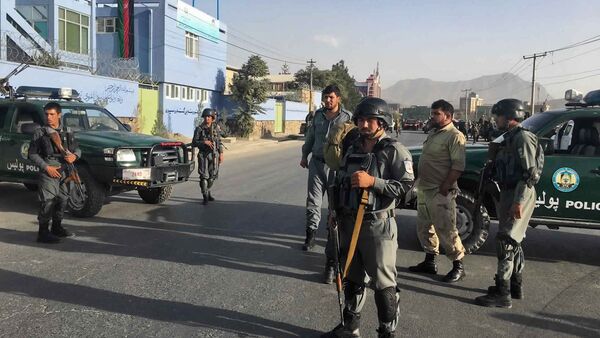 KABUL(Sputnik) - Six bombs went off near a mosque in the capital of Logar province, eastern Afghanistan, on Saturday, a source said.

The explosions broke out in front of the gate of the Abdullah ibn Masood Comprehensive Mosque at around 1 p.m. (08:30 GMT).

No casualties have been reported so far, with the nearby area cordoned off by the National Directorate of Security and the police, according to sources.

This comes as an explosion ripped through Afghanistan's northeastern province of Takhar, resulting in deaths of at least nine students. According to the Pajhwok news agency, the blast rocked the Darqad district when the children were heading to school.

In a separate development, a bomb blast near the police station compound in the northern Afghan province of Baghlan wounded eleven people, including civilians. Provincial police spokesman Jawed Basharat said that the explosive device was planted by the water canal in close proximity to the police headquarters.

The situation in Afghanistan has been tense for decades amid the insurgency of the radical Taliban movement and the Daesh* terrorist group (banned in Russia). Even though the United States and the Taliban started negotiating foreign troop withdrawal last year, the peace talks broke down this September, prompting more bloodshed.