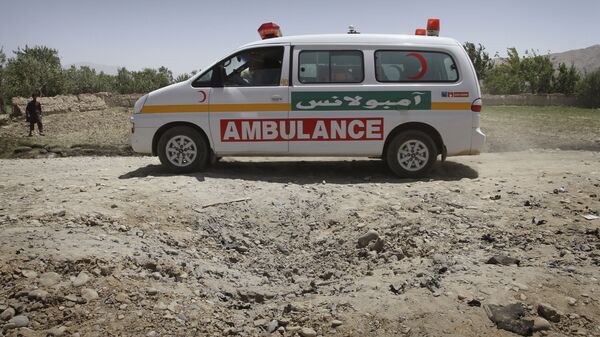 MOSCOW (Sputnik) - Nine students were killed in an explosion in Afghanistan's northeastern province of Takhar, the Pajhwok news agency reported Saturday on Twitter.

According to the agency, the explosion took place on Saturday morning in the Darqad district when the children were going to school.

No other details have been provided so far.

Breaking: Nine School children were killed in a blast in Darqad district of #Tahkhar province today morning, while going to school.

Afghanistan has long been suffering from an unstable security situation. The government has been fighting the Taliban* for almost two decades, and the Daesh* terrorist group, which has been operating in Afghanistan since 2015.

*Taliban, Daesh (ISIS, ISIL, IS, Islamic State) are terrorist groups banned in Russia and many other countries.