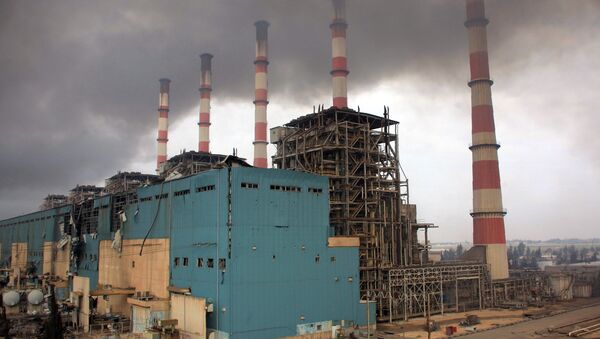 TEHRAN (Sputnik) - Iran and Syria struck an agreement on long-term cooperation in electricity market on Saturday, with Tehran hoping to export electricity to the Arab Republic in the future, the Iranian Energy Ministry said.

"We plan and intend, after creating the necessary infrastructure to implement this program, to sync power grids of Iran and Syria within three years", Ardakanian said.

He noted that, in the future, there would be a possibility of electricity transfer between Iran and Syria through Iraq. The minister recalled that Iran and Iraq had already synced their power grids.

In a separate statement, the ministry announced that the three countries would create a special consortium. The two energy chiefs also agreed that Iranian companies would take part in building thermal power plants in Syria, restoring them and increasing their capacity.

Earlier in September, it was reported that about 180 Iranian firms are to be engaged in Syria's rebuilding after years of devastating civil war. This was followed by lucrative agreements between the two countries later in October aimed at restoring energy to Syrian regions that were damaged by war.

Back in fall 2018, Iran's MAPNA Group signed an agreement with Syria to construct a power plant in the city of Latakia with a capacity of 540 megawatts.