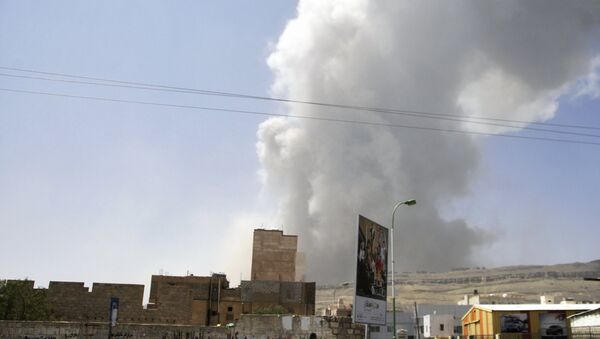 BEIRUT (Sputnik) - The Houthi movement has addressed Sudanese people to demand that their country withdraw from the Arab coalition in Yemen, urging them to look at heavy casualties their military is allegedly suffering.

"You overlook the number of your soldiers who have been killed while fulfilling tasks of the enemy coalition. There are hostages, as well as those killed and wounded. Changes in Sudan seem incomplete against the backdrop of Sudan's continued involvement in the coalition’s actions," Houthi military spokesman Yahya Saria said in a televised address.

According to the spokesman, 4,253 Sudanese soldiers have been killed since the coalition became involved in the Yemen conflict. Coupled with those injured, this number totals 8,000.

Since the very beginning, Saria says, the Sudanese military has been sent to the front line.

The Saudi-led coalition has been providing military assistance to the internationally recognised Yemeni government in its fight against Houthi rebels since March 2015. Sudan, the United Arab Emirates, Bahrain, Kuwait, Egypt and Jordan are among members of the coalition.