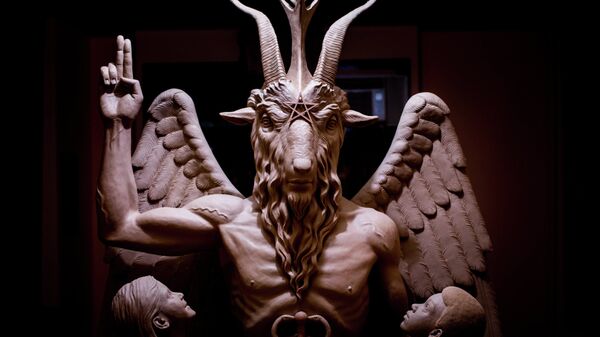 In an effort for religious inclusion, the US Naval Academy announced that midshipmen whose beliefs align with the teachings of the Satanic Temple will now be able to convene and hold “satanic services.”

Nearly one month after the unofficial announcement of satanic services coming to the US Naval Academy (USNA) in Annapolis, Maryland, the school’s administration has now given a green light for followers of the Satanic Temple to organize under the USNA Command Religious Program.

"The USNA Command Religious Program provides for the exercise of diverse beliefs. Arrangements were being made to provide the Midshipmen with a designated place to assemble as chaplains facilitate for the beliefs of all service members, a responsibility outlined by Navy instructions," USNA spokeswoman Alana Garas said in a statement, as reported by Stars and Stripes.

However the midshipmen who belong to the Satanic Temple are probably left wondering what they will be discussing after Garas issued a reminder about the school’s policy.

"Midshipmen have the right to assemble to discuss their beliefs as they choose,” she said, “but, to be clear, in accordance with Department of Defense policy, military members will not engage in partisan political activities, and will avoid the inference that their activities may appear to imply DoD approval or endorsement of a political cause.”

Followers of the temple may find this policy hard to adhere to, being that the organization’s very founding was more political than religious. According to a 2015 interview with the New York Times, co-founder Malcolm Jerry revealed that the group’s “first conception was in response to George W. Bush’s creation of the White House Office of Faith-Based and Community Initiatives.”

Furthermore, the Satanic Temple’s website states its mission is to “encourage benevolence and empathy among all people, reject tyrannical authority, advocate practical common sense and justice.”

According to the October email issued to students, the satanic services offered for those who follow the teachings of the Satanic Temple, “all people of any faith background are welcome to attend” and engage in “critical thinking and discussion on Satanic values as they pertain to our lives.”

The Satanic Temple has made their views clear through public masses and large protests against anti-abortion groups and the notoriously anti-LGBTQ+ Westboro Baptist Church. With that in mind, the prescription that USNA students following the teachings of the Satanic Temple cannot engage in certain political activities may muddy the waters and be a point of contention for the academy in the future.

Despite its name, the Satanic Temple does not actually encourage or require members to worship Satan. In fact the group’s website notes that they reject the existence of Satan and similar “supernatural” figures.

Garas noted that the school’s religious program also includes groups for faiths such as Protestant Christianity, Islam, the Church of Jesus Christ of Latter Day Saints, Buddhism and Judaism, as well as the Knights of Columbus. She also acknowledged that the students’ requests originally called for a study group, rather than “satanic services.”