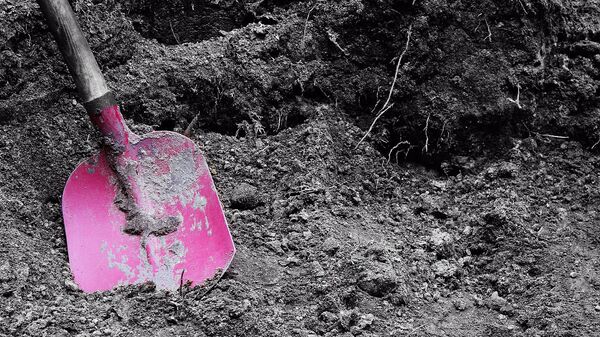 New Delhi (Sputnik): At a time when the concept of gender equality is gaining momentum worldwide, an incident in India has once again highlighted how many families view the birth of a girl.

Two people have been arrested in Hyderabad for allegedly trying to bury a newborn girl in a pit after claiming she was dead.

The men aroused the suspicion of a passing motorist who found them digging up the road near a bus stop while trying to hide their identity.

“An auto driver at the Jubilee bus stand ground noticed two people with a bag in their hands. They were digging the ground. The auto driver immediately reported the incident to the police,” a police officer told the media.

“Just as we were informed, we arrived at the location immediately and found that the bag these men were carrying, had a baby in it," he added.

The incident was captured in a video showing policemen questioning the two men.

They tried to bury female baby when she was still alive 😰😱😭

The man claimed the baby was their granddaughter who had died during surgery. They said the baby would not be allowed on public transport so they decided to bury her.

But the police found the baby-girl was alive. They took her to hospital and arrested both the men.