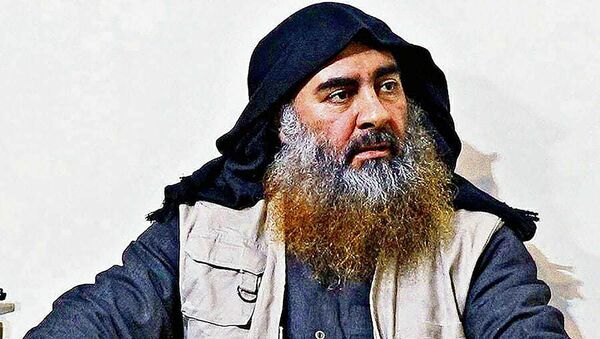 MOSCOW (Sputnik) - The Russian Foreign Intelligence Service (SVR) does not have any DNA test data that could confirm the elimination of Abu Bakr al-Baghdadi, the leader of the Daesh* terrorist group, SVR head Sergey Naryshkin said on Friday.

"We have not got any genetic material that would allow to say with 100 percent confidence [that al-Baghdadi was killed]," Naryshkin told reporters.

US President Donald Trump said on 27 October that al-Baghdadi had been killed in a US operation in Syria's Idlib.

Meanwhile, both the Russian Defense Ministry and Kremlin spokesman Dmitry Peskov have said that Russia has not received any official confirmation of al-Baghdadi's elimination.

However, Daesh* has confirmed the death of its leader.

US Military Raid to Kill al-Baghdadi

Last Sunday, US President Donald Trump announced that the Daesh* leader Abu Bakr al-Baghdadi was killed in a raid carried out in Syria's Idlib province by US Special Forces.

As he revealed some details of the operation during a televised address to the nation, Trump said that al-Baghdadi died after running into a dead-end tunnel and blowing himself up by detonating a suicide vest. "He died like a dog," Trump said.

The US president added that the Daesh* leader had been under the Pentagon's surveillance for a long time before the conditions were suitable to kill him. Mr Trump also thanked Russia, Iraq, Syria and Turkey for their assistance during the operation. According to US Secretary of State Mike Pompeo, the US air forces flew through non-US controlled airspace to carry out the raid against al-Baghdadi.