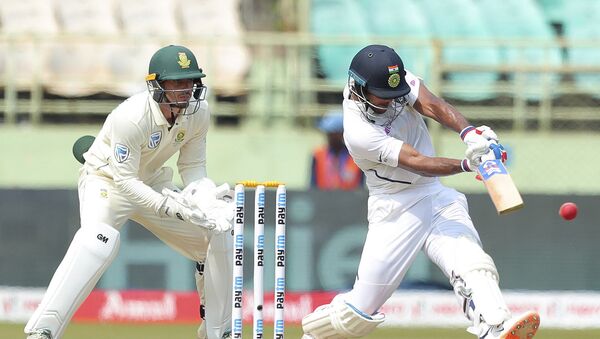 Starting 3 November, the men’s Indian cricket team is scheduled to play three T-20 matches against its neighbouring country Bangladesh. Despite Delhi Chief Minister Arvind Kejriwal calling the city a “gas chamber” on Friday, the Board of Control for Cricket in India (BCCI) has refused to shift the match-venue to another city.

It is very imp that we protect ourselves from this toxic air. Through pvt & govt schools, we have started distributing 50 lakh masks today

I urge all Delhiites to use them whenever needed pic.twitter.com/MYwRz9euaq

​Citing last-minute reservations, Sourav Ganguly, the newly elected BCCI President, has said even though this time of the year is a difficult time in north India because of the approaching winter and smog, "we couldn't cancel the match last minute", media reported.

It is baffling that the @BCCI has decided to go ahead with the T20 match despite the AQI’s severe 412! This complete denial of the hazards of exposing ourselves to pollution is what cripples our ability to seek and implement swift solutions. #MyRightToBreathe #BreatheLife pic.twitter.com/lPZNLfTShq

​According to the System of Air Quality and Weather Forecasting And Research (SAFAR), the overall air quality in Delhi deteriorated to 425, which falls under the "severe" category.

In light of the situation, some netizens are also expressing concerns, suggesting BCCI shift the match’s location.

@SGanguly99 if this figures are true , I would request you to shift this match, also I request people of Delhi to be indoors and take care. This is pathetic,

The air quality index of Delhi is hazardous,the players may suffer from lung diseases,it’s really dangerous,thanks

​Ahead of the match earlier this week, the National Investigation Agency (NIA) of India received an anonymous letter claiming that the Indian national cricket team and particularly its captain Virat Kohli were on a terror-hit list.