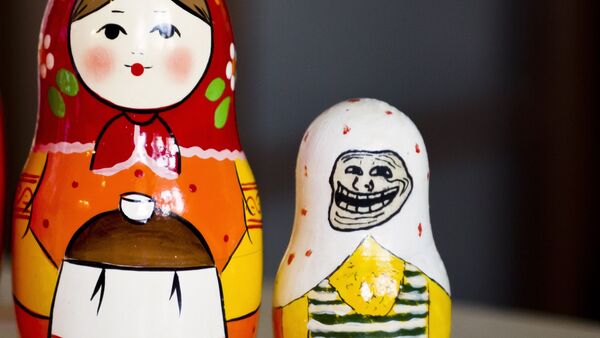 CC BY 2.0 / Pawel Maryanov / Troll matryoshka
Subscribe
The South American country has been rocked by massive anti-government protests for over three weeks now, with demonstrations and violence leading to a temporary curfew, soldiers in the streets and the cancellation of the Asia-Pacific Economic Cooperation (APEC) summit, expected to have taken place in Santiago in mid-November.

The US State Department claims it has seen evidence of Russian attempts to “influence” the recent unrest in Chile.

Speaking to reporters in Washington on Thursday, a senior State Department official told reporters that Russia was trying to ‘take advantage’ of the unrest in the country “and skewing it through the use and abuse of social media trolling and seeking –rather than allowing the citizens of Chile to have their own debate about how their country and the courses their country should take...to exacerbate divisions, foment conflict, and all around act as a spoiler to responsible democratic debate.”

The official pointed to alleged “Russian activity supporting this negative course of the debate,” but did not elaborate on what this entailed.

Pressed on the claims, and whether the alleged Chile meddling also included efforts by Venezuela or Cuba, the official said they were “not a digital analytical wizard,” but that they “saw organisations such as [Latin American news agency] Telesur exacerbating those debates.”

The official did not expand on his claims of Russia's alleged meddling, noting only that “in recent years we’ve seen an increase of Russian engagement in the Americas, in South America in particular – very little of it positive.”

“The US administration is using the difficult internal situation in Chile to continue its efforts to blacken our country’s foreign policy. This isn’t news,” Ryabkov said in a statement.

The official added that Russia “has never meddled, does not meddle and will not meddle in any electoral or other internal political processes in any country.”

Chilean officials did not comment on the State Department’s claims.

Violent protests erupted in Chile last month over authorities’ decision to increase subway fares. The protests have spread to violent clashes between protesters, police and the military, with over 2,400 people reported injured and 21 people killed, and over 5,400 others detained. Last week, over a million people marched in the streets, demanding the resignation of President Sebastian Pinera. 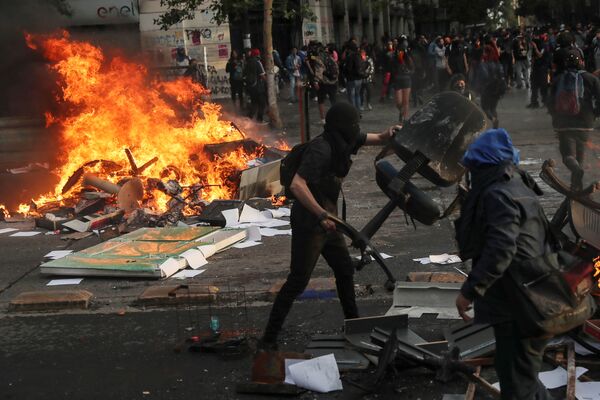 Demonstrators build a barricade during an anti-government protest in Santiago, Chile October 29, 2019
© REUTERS / EDGARD GARRIDO
000000
Popular comments
No meddling by Russia in Latin America will ever reach the outrageous level of US meddling in Cuba and in Venezuela.