Tim Korso
All materials
The US and other NATO states have long sounded their fears that Moscow might try to initiate an offensive in the Baltics, citing its alleged involvement in the armed conflict in Ukraine's east. Russia vehemently denies these accusations and accuses western governments of scaremongering and "demonising" Russia.

Some "influential voices" in the current US administration have suggested various aggressive options for a US response to a possible Russian offensive in the Baltic or an operation by China in Taiwan, Foreign Policy journal reported. None of these options though are likely to bring Washington its desired results, the media outlet added.

Namely, some US officials suggest that "horizontal escalation" or imposing great expenses on these countries through trade embargoes or targetting foreign bases and facilities can be possible options. There have been suggestions that in response to aggressive actions by Moscow or Beijing, Washington could target their remote deployments. For example, this could be Russian forces in Syria or China's base in Djibouti. 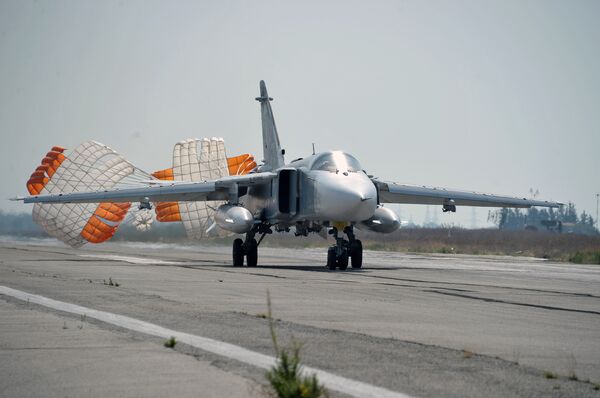 The media platform points out, however, that such an option is unlikely to produce the necessary effect since these territories are not as crucial for them as say the Baltics or Taiwan. The Foreign Policy further suggests that both Moscow and Beijing are likely to write-off these external deployments at the stage of planning any potential future offensives.

More aggressive voices in Washington suggest that the US could strike the two states' periphery, such as Crimea and the Far East in Russia, or the western regions of China, as a response to their offensives. Some went as far as to advise attacks on so-called "strategic centres of gravity" - government control apparatus or economic assets vital to the two countries' societies.

"...attacks against these cost-imposition targets—whether in peripheral areas or against strategic assets—will either be pinpricks, unlikely to matter much, or will be so painful that they provoke, and may appear to much of the rest of the world to justify severe retaliation. Russia and China each have plenty of ways to escalate in return, including the use of nuclear weapons—even against the United States itself."

NATO states, including the US, have been discussing ways to fend-off potential Russia's offensives in Europe ever since they accused Moscow of involvement in the armed conflict in Ukraine's east, which started in 2014.

Russia denies taking any part in it, pointing out that western states failed to present any credible proof to substantiate their claims. The Kremlin accused NATO states of using these claims for scaremongering purposes and called on establishing a proper dialogue instead of boosting NATO's military presence near Russia's borders.