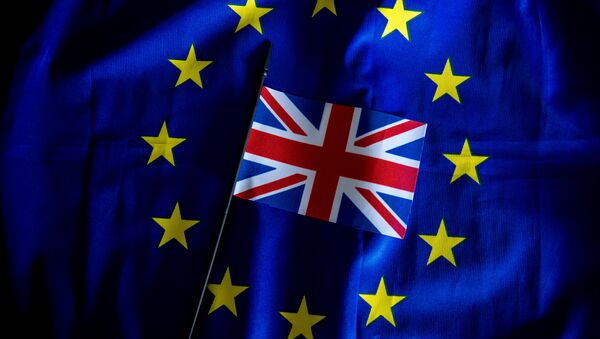 Neil Clark
All materials
And they’re off. No, not the horses this time, but the politicians. Britain is set for its first December general election since 1923. Who‘s going to win?

The bookies make the Conservatives hot favourites to get most seats (at around the 1-8 mark) and odds-on (5-6) to get a majority. Looking at the polls it’s not hard to see why. The first poll published since the 12th December election date was confirmed gives them a commanding 17-point lead. This is line with a succession of polls (around 60 in total) showing the Tories ahead, and Labour usually languishing in the mid, or low 20s.

Tory chances have been boosted further by reports that Brexit Party leader Nigel Farage is to announce on Friday that his party will not run candidates against Tories in certain seats, to avoid splitting the pro-Brexit vote. If confirmed, Boris Johnson will be a very happy man.

So does Labour have any chance? Supporters of Jeremy Corbyn will point to the fact that the party was even further behind in the polls when the 2017 general election was called, yet came very close to victory. Back then, to the astonishment of ‘Inside the Tent’ pundits who predicted a rout, Labour recorded its biggest increase in the share of the vote since 1945.

Could the same thing happen again? The heart says ‘it’s possible’ given the passion, enthusiasm and size of the Labour membership, which is close on 500,000. Labour does have the grass-roots organisation (with Momentum activists playing a key role), in helping to get its vote out.

The head though says ‘it’s unlikely’ Labour will be able to turn it around. And I write those words as someone who has traditionally supported Labour and who voted for Jeremy Corbyn twice in Labour leadership contests.

There are three important differences between 2017 and today.

Firstly, in 2017 the Tories were led by Theresa May, a terrible election campaigner.

Secondly, the Tories scored a tremendous own goal with the so-called ‘dementia tax’ which alienated many of their core, elderly vote. Their poll ratings started sliding after this was announced.

Thirdly, pro-Leave working-class voters in key marginal seats in the north and midlands trusted Labour to deliver on Brexit.

Like him or loathe him, Boris Johnson is no Theresa Maybot. He does have charisma, he’s entertaining- and his positivity does go down well with voters sick of po-faced humourless and excessively p.c. , always ‘on message’ politicians. Just calling BoJo ‘fascist’ or ‘far-right’ or an ’old Etonian clown’ isn’t going to help the left beat him. They need to understand why Johnson does have appeal and learn from it.

Secondly, Johnson and his team are unlikely to make the same policy gaffes as May and her team. Tory special advisor Dom Cummings may have appalling dress sense, but he’s no idiot: he knows that UK general elections are won or lost in a relatively small number of ‘swing’ seats.

And that most of these swing seats- in the north and midlands, voted Leave, some by quite a big margin.

Cummings has focused with laser vision on these must-win seats.

Yesterday a Tory-supporting think tank identified ‘Workington Man’ as the type of voter that the party needs to attract to win the election. ‘These voters typically live in Midlands towns and northern England and while they are conservative on issues like crime and immigration they are deeply sceptical of the (Conservative) party’s economic liberalism’, says Lord O’Shaughnessy of ‘Onward’.

It’s trying to attract ‘Workington Man’ that explains Boris Johnson’s shift to a more high-spending ‘big government’ stance- and ditching of Tory austerity which people are sick and tired of.

Johnson’s prioritising of spending increases over tax cuts will alienate some ‘free market’ neoliberal Tories but it is nevertheless a shrewd move, as the polls would indicate.

When it comes to the economic ownership though, Labour’s policies on re-nationalisation are still more popular than the Tories.

But Labour goes into the election with a very big handicap. Namely its borderline-suicidal shift to a pro-2nd referendum policy on Brexit and the inclusion of ‘Remain’ as one of the two options. With senior Labour figures saying that in a referendum they’d even campaign against the party’s own Brexit deal, it’s very hard to argue that Labour is not now a pro-Remain party in all but name. Why does this matter so much?

Well, firstly detailed academic research has shown that the path to a Labour victory is through Leave-voting Tory-held marginals.

Moreover, Labour narrowly held on to a number of seats last time which were pro-Leave. 72% of Labour’s most marginal 25 constituencies in the whole country voted Leave- while in England and Wales 80% of its most ‘vulnerable’ seats were pro-Leave.  How many of them will it be able to cling on to now? It’s hard to see them not losing some.

On a wider level, there’s the class factor too to consider. No social groups supported Brexit as strongly as classes C2 and DE. Conversely, no groups were less keen on Brexit than classes AB and C1.

Yet here we have Labour, a party whose slogan is ‘For the Many, not the Few‘ effectively siding with the higher social classes against those which the party is supposed to represent. You don’t have to be Albert Einstein to see the problem here- and the potential damage it can do to Labour in working-class pro-Leave constituencies.

​To overcome the big 2nd referendum handicap it’s imperative that Labour stresses those policies it has which are very popular and hope that working-class voters decide that these are more important than the delivery of Brexit. But that’s not going to be easy as Brexit is inevitably set to dominate the poll.

There are though some factors in Labour’s favour in addition to the size of its membership.

Labour has a better record in elections held away from the usual April-June period than the Tories. The last time an election was held in the winter, in February 1974, Labour won. The last election to be held in December, back in 1923, resulted in Britain’s first-ever Labour government. Elderly voters, more likely to be pro-Brexit than younger ones may be deterred from going out to vote if there’s wintry or icy weather on election day.

And Labour can benefit from tactical voting and pre-election arrangements too. Today we learnt that the Green Party was going to support the Labour candidate in the Calder Valley seat in Lancashire, which the Tories held on to in 2017 by just 609 votes. The locally very-well organised Lib Dems could do Labour favour as well by taking some pro-Remain Tory seats in the south of England.

All things considered, while it would be a mistake to write Labour off, the likeliest outcome (unless Labour does another late u-turn on Europe), is a Tory majority of between 18 and 25 seats. As someone who has campaigned for public ownership for many years, it would indeed be galling if Labour’s shift to a more pro-EU position on Brexit prevented the much-needed re-nationalisation of the railways and the utilities, as well as the implementation of some other good policies. Especially as continued membership of the EU would make these policies harder to carry out in the first place.