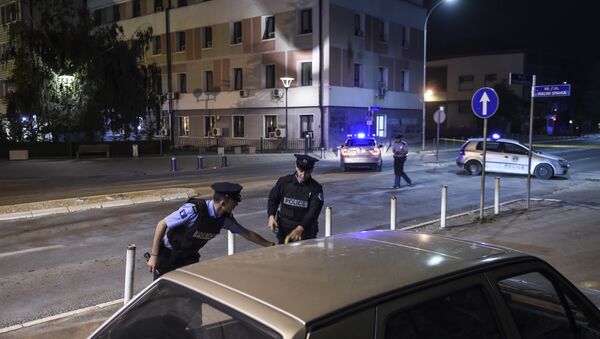 In May, two UN staff members, including a Russian national, were arrested and seriously injured by the Kosovo police, despite their diplomatic immunity. a Russian national. Moscow has prepared a draft statement on the incident on Thursday and hopes that Security Council will approve it.

Kosovo must immediately halt all ongoing criminal proceedings against the two United Nations Mission in Kosovo (UNMIK) staff members - including a Russian citizen - who were arrested and injured in May, UNMIK head Zahir Tanin said during a UN Security Council meeting on Thursday.

"All ongoing criminal proceedings against the two staff members must, therefore, be terminated immediately," Tanin said. "The status, privileges and immunities of UN personnel must be fully respected at all times".

Tanin added the Kosovo authorities should investigate the police officers involved in the incident, establish accountability and ensure that such occurrences are not repeated in the future.

In response, Russia has prepared a draft presidential statement on the Kosovo incident, hoping that the UN Security Council will approve it, Russia's Permanent Representative to the United Nations Vasily Nebenzya said. He also added that Russia agrees with the UN's findings regarding the arrest and injury of two UNMIK personnel by the so-called Kosovo police.

Earlier, a UN probe concluded that Kosovo's police force used excessive force when arresting two UN Mission personnel earlier this year and has found no evidence to support claims that the pair engaged in any wrongdoing before being detained, according to Tanin.

"The use of excessive force, interference with Mission property, and the continuation of criminal proceedings against both staff members are in clear breach of the applicable legal framework, including Security Council resolution 1244, UNMIK regulations and international human rights law standards", Tanin added.

On 25 May, the so-called Kosovo police detained and injured two UNMIK staff members, Russian national Krasnoshchekov and the Serbian national Dimovic, during a raid in Serb-majority areas in northern Kosovo and Metohija.