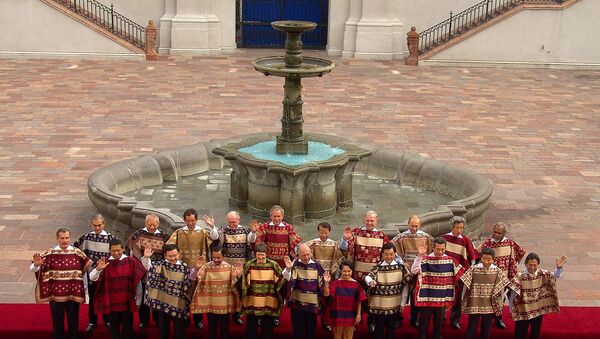 © AFP 2023 / PRESIDENCIA
Subscribe
International
India
Africa
SAO PAULO (Sputnik) – Chile will make every effort to share the achievements it made while preparing for the now-cancelled Asia-Pacific Economic Cooperation (APEC) summit with Malaysia, which will host next year’s forum, the Latin American country's Foreign Ministry said in a statement.

On Wednesday, Chilean President Sebastian Pinera said Santiago had decided to cancel the upcoming APEC summit and the COP25 climate forum amid large-scale anti-government protests in the country.

"Today, [the foreign minister] met with ambassadors from APEC member states to explain the situation to them. They thanked him for the efforts Chile has made over the past year .... Chile will continue working to ensure that everything that has been achieved this year is handed over to Malaysia, who will host the APEC forum next year", the ministry said in a statement late on Wednesday.

The ministry reaffirmed its commitment to APEC, saying it believed in the bloc's contribution to the development of successful policies to solve ongoing problems and stimulating Chile's economy.

Chile's protests were provoked by the authorities' decision to increase public transport fares. However, the protesters are also rallying against poor economic conditions and the lack of access to free quality healthcare and education.

When the protests turned violent, the authorities declared a nationwide state of emergency and introduced curfews in several cities.