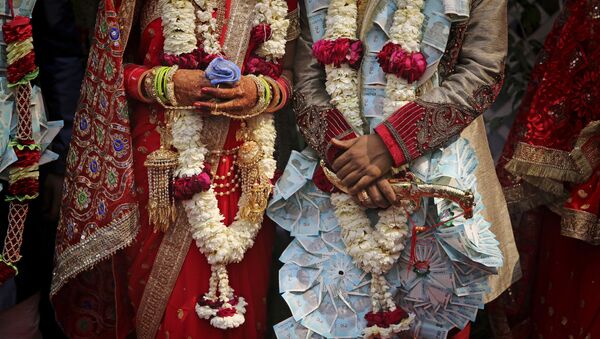 It has been learned that the proposed amendments to the Act were discussed at a meeting headed by the Indian Ministry of Women and Child Development on 18 October, Indian online news platform ThePrint quoted government sources as saying.

Another proposal that was reportedly discussed was to make child marriages void by default.

As per current legislation, child marriage is voidable, which means it can be recognised after the two parties attain the legal age for marriage. This implies that if the government proposal is approved, child marriages in India will be illegal even if both partners consent to the union as adults.

“Section 3 of the Prohibition of Child Marriage Act, which provides for voidability of child marriage at the instance of a contracting party within two years of attaining majority to be amended so as to make child marriages void ab initio (to be treated as invalid from the beginning) with prospective effect", the proposal states.

According to the government sources, the proposed amendments come in light of a 2017 judgement by India's top court that equated sex with a minor wife with rape.

“While it was a landmark judgement, it introduced a discrepancy of sorts legally because child marriage was not void by default, but sex with a minor wife became a criminal act", said a government official.

Another proposed amendment includes increased punishments and fines for those who abet, promote, or solemnise child marriages.