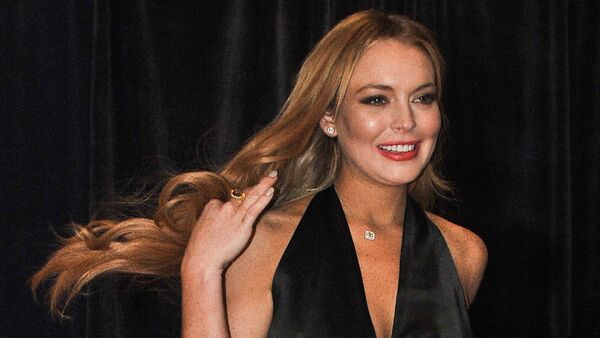 Tim Korso
All materials
Rumours recently surfaced in the media suggesting that the Saudi Arabian crown prince and the US celebrity are actually close to each other, with the former allegedly lavishing Lohan with expensive gifts. The celeb’s representatives have, however, denied these reports.

Lindsay Lohan's dad, Michael, has confirmed in an interview with the news outlet Page Six that his daughter is indeed on good terms with Saudi Arabian Crown Prince Mohammad bin Salman, but added that they are "just friends".

"She has a platonic and respectful relationship with MBS, nothing more", Michael Lohan assured.

He also slammed the media for trying to find only scandals in his daughter's actions, while ignoring other things. In particular, he recalled her work in the Middle East, which, as it turned out, actually brought Lindsay into contact with the crown prince.

"Nobody writes about the good work Lindsay does in Syria […] Lindsay has a lot of powerful friends in the Middle East, because she is huge out there. Lindsay met MBS because of the work she has been doing in the Middle East. She is working to help people in the region, particularly refugees", Lindsay's father said.

Representatives of Lindsay Lohan have previously denied rumours about the two spending a lot of time together, insisting that they met only once at a Formula One Grand Prix race. Her reps also denied suggestions that Lohan had received expensive gifts from the Saudi royal figure, such as a "gift-wrapped credit card".

Page Six further noted that according to those close to the celebrity, Lohan is indeed often "courted by Middle Eastern dignitaries", who go "crazy for her". In 2017, rumours emerged that she could have converted to Islam, following a photoshoot in a "burquini" made in Thailand, but these were also dismissed by Lohan's representatives.