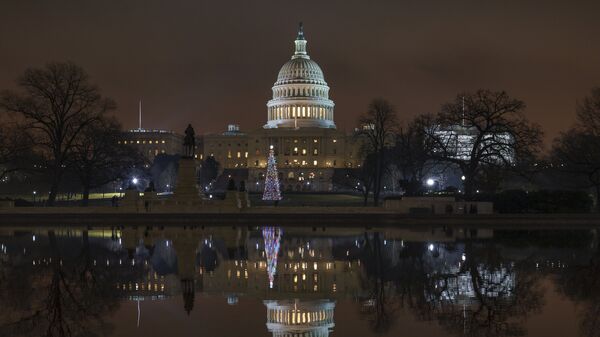 The US House of Representatives has overwhelmingly approved a measure "Affirming the United States Record on the Armenian Genocide" and also backed sanctions against its NATO ally over Operation Peace Spring in northern Syria.

The Turkish Foreign Ministry has summoned US Ambassador David Satterfield in the wake of American lawmakers recognising and condemning the Ottoman Empire's genocide against Armenians that started in 1915, Anadolu reported on Wednesday.

Commenting on the motion, Foreign Minister Mevlut Cavusoglu called it a "shameful decision" claiming that legislators were "exploiting history in politics".

The House has also approved a bill imposing sanctions on Ankara for its offensive in Syria. According to House Speaker Nancy Pelosi, Washington holds Turkey responsible "for human rights abuses, including attacking our Kurdish partners". Now, the sanctions bill will move to the upper chamber of the US Congress, however, it is unclear if it will be supported by senators. 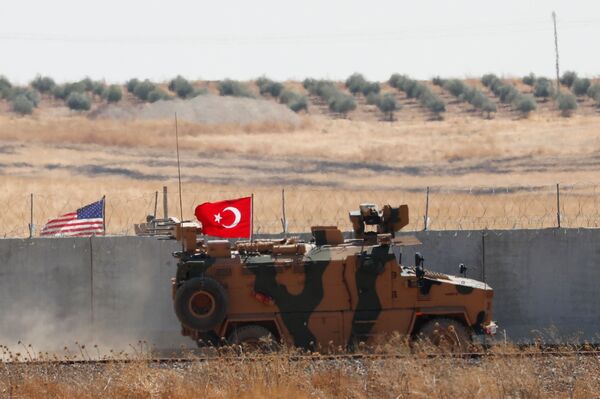 A Turkish military vehicle returns after a joint U.S.-Turkey patrol in northern Syria, as it is pictured from near the Turkish town of Akcakale, Turkey, September 8, 2019
© REUTERS / Murad Sezer

Cavusoglu, in turn, stated that the decision contradicted a ceasefire agreement, reached by the two countries on 17 October.

Washington and Ankara clashed diplomatically after Ankara targeted US-backed Kurdish militants during its operation in northern Syria in order to create a so-called safe zone in the region.

US troops then withdrew from the area and the Kurdish militia had to leave some territories. The latter subsequently struck a deal with Damascus to fend of the Turkish offensive. Washington imposed sanctions on Ankara for the operation, but after a ceasefire, negotiated by Vice President Mike Pence, President Donald Trump cancelled the restrictions.