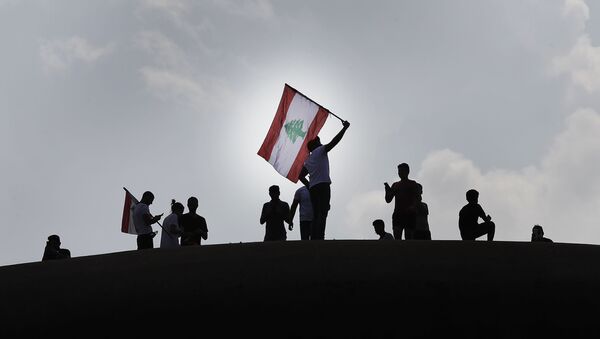 Lebanese citizens took to the streets on October 17 when the government announced tax hikes on internet calls and tobacco in an attempt to salvage a deteriorating economy. Although the government quickly scrapped the plan, the demonstrations have since ballooned into widespread demands for the resignation of the government and political reforms.

Earlier on Tuesday, Lebanon's Prime Minister Saad Hariri said he reached a 'dead end' and would submit his government resignation to President Michel Aoun amid mass protests in the country's capital.

Meanwhile, people continue to block roads and highways in the city as mass protest entered its 12th day.

The Lebanese police and the military are dispatching additional troops to the center of the ongoing unrest to restore order in the capital.