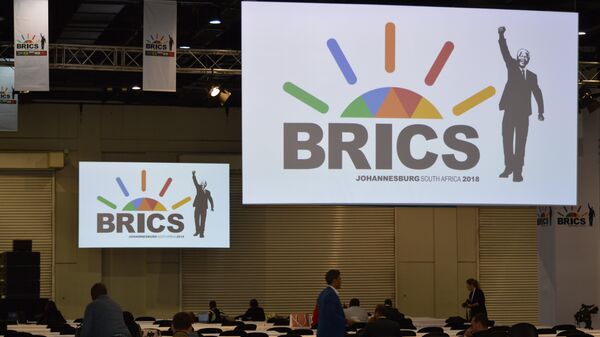 New Delhi (Sputnik): Financial messaging systems help to securely communicate, reconcile, and manage the data in transactions within and between banks, both locally and internationally.

Reports say Russia’s financial messaging system SPFS (System for Transfer of Financial Messages) will be linked with the Chinese Cross-border Interbank Payment System (CIPS). While India does not have a domestic financial messaging system yet, it plans to combine the Central Bank of Russia’s platform with a domestic service that is in development.

Russia has been developing SPFS in sync with various new mechanisms, such as BRICS, the Shanghai Cooperation Organisation (SCO), New Development Bank (NDB), and the Asia Infrastructure Investment Bank (AIIB), as a supplement to the existing governance mechanisms.

“The fact remains that the establishment of these mechanisms is the outcome of the Bretton Woods System that has been on shaky grounds after the 2008-09 financial crisis as well as the Euro crisis. The protectionist tendencies along with weaponising economic sanctions by some on the others will certainly force countries to shift to other mechanisms”, Professor B.R. Deepak, trained in Chinese history and India-China relations at Peking University and Jawaharlal Nehru University in New Delhi, explains.

Reflecting on the potential benefits that India may enjoy by joining the Russian financial messaging system, Deepak says: “As far as India is concerned, it joining the new system may work well as far as trading in local currencies is concerned. However, to replace the transactions in dollars outside the bloc would be difficult as most of its trade is outside the BRICS bloc”.

The new system may hide India's transactions from the US, but the deals may not go unnoticed, therefore, the fear of sanctions will still loom, he says.

Indian banks have also been the victim of frauds due to the misuse of SWIFT. The Punjab National Bank (PNB) suffered a fraud of $1.77 billion, as SWIFT was allegedly manipulated by PNB employees to let diamond merchant Nirav Modi channel money illegally.

About the new system being secure from such transactions, Deepak says that the scope of fraud remains, unless complete transparency and honesty is in place.