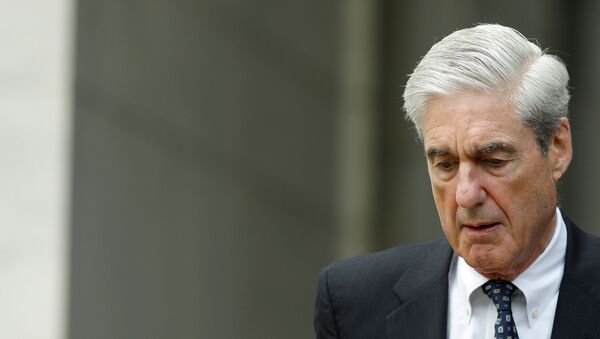 A temporary block has been put into place by a federal circuit court preventing the US Department of Justice (DoJ) from releasing grand jury materials related to the special counsel investigation into alleged Russian interference in the 2016 presidential election.

The three-judge panel on the United States Court of Appeals in Washington, DC, temporarily blocked the district court's previous order on Tuesday evening. The now-delayed ruling stated the DoJ must hand over unredacted grand jury files to the US House Judiciary Committee by October 30.

“The purpose of this administrative stay is to give the court sufficient opportunity to consider the emergency motion for stay pending appeal and should not be construed in any way as a ruling on the merits of that motion,” the panel's ruling read.

BREAKING: A three-judge panel of the DC Circuit Court of Appeals has issued an emergency stay blocking the release of the Mueller grand jury materials to the House Judiciary Committee - pending an appeal from DOJ. pic.twitter.com/D69cAw5V7u

This ruling comes one day after the DoJ filed an appeal requesting the court stay the October 25 order by US District Court Chief Judge Beryl Howell.

The original ruling came about after the House Judiciary Committee successfully argued that it needs "the grand jury material referenced and cited in the Mueller Report to avoid a possible injustice in the impeachment inquiry," according to Howell's decision. She went on assert that "this need for disclosure is greater than the need for continued secrecy."

"Any underlying transcripts or exhibits referenced" in the 448-page report are also required to be turned over.