UK Police Try to Save Man From Top of 88-Metre Dixon's Chimney in Carlisle - Photos, Video 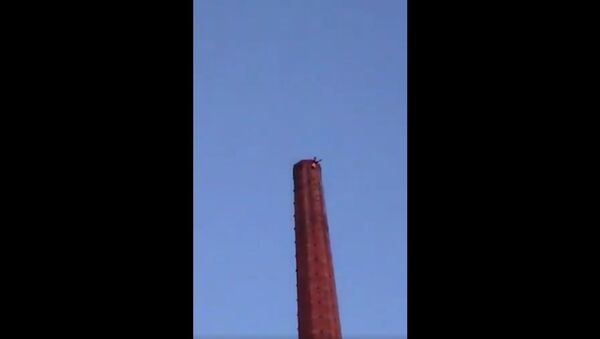 Cumbria Police received reports about a man "trapped at height in the area" of Dixon's Chimney in Carlisle early in the morning.

The man apparently climbed the famous Dixon's Chimney and got trapped at a height of about 290 feet (88 metres), Cumbria Police reported.

Reports say, that at about 3 a.m. the police became aware of the situation. A coastguard helicopter was flying over Dixon's Chimney and a police drone has been used to check on the man's condition. The police have closed the area at Stanhope Road, Charlotte Street, and "Shaddongate where it meets Bridge Street (A595)", according to a statement.

Emergency services have been working to safely resolve situation at Dixons chimney, inc use of helicopter. However, rescue has not been possible due to the precarious position man is in and the potential for backdraft to worsen situation.
Efforts on-going to reach man from below pic.twitter.com/okrJKjDKGD

​​Dixon's Chimney was built in Shaddongate, Carlisle, Cumbria, England, by Peter Dixon in 1836.