Syrian Journalist: Why Did America Follow Baghdadi Until He Entered Idlib? 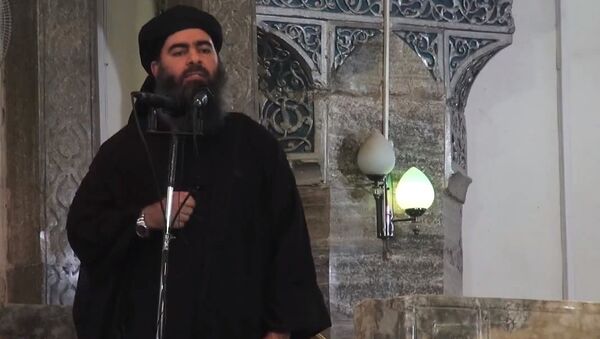 © East News / Balkis Press
Subscribe
On Sunday night, US President Donald Trump announced that the world’s most wanted terrorist, Daesh leader Abu Bakr al-Baghdadi, had been killed in a US special operation in Syria.

Speaking at the White House, Trump gave details of al-Baghdadi's death, saying that he died "whimpering and crying".

The US raid took place on Saturday night in the village of Barisha in Idlib province, north-western Syria, an area still controlled by terrorists and where al-Baghdadi was hiding out in one of his safe houses.

After US special forces stormed the building, the Daesh leader fled into a tunnel with three of his children and detonated his suicide vest, killing all four.

"He reached the end of the tunnel as our dogs chased him down. He ignited his vest, killing himself and his three children. His body was mutilated by the blasts. The tunnel had caved on him", Trump said in a televised address. 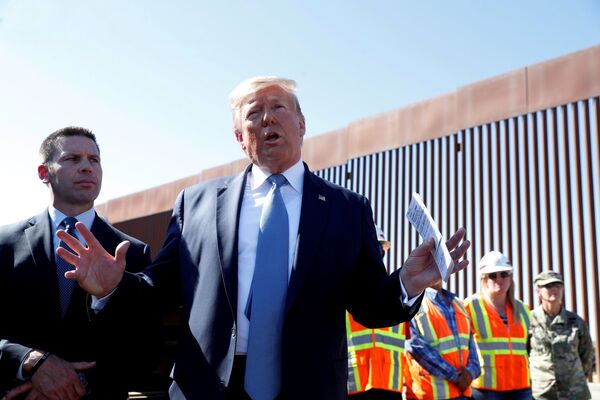 The US president also thanked Russia, Iraq, Turkey, Syria, and the Syrian Kurds for their assistance in the operation.

"[The Russians] were very cooperative, they really were good. And we said it would be a mission they’d like, too, because they hate ISIS [Daesh], too", Trump said during the White House press conference.

But Russia's Ministry of Defence has cast doubt on the US head of state's account.

Its spokesman, Major-General Igor Konashenkov, said that the ministry has no "reliable information on the US servicemen operating in the Turkish-controlled part of the de-escalation zone of Idlib, an operation on yet another 'elimination' of the former Daesh leader Abu Bakr al-Baghdadi".

Hasan Unal, a professor of political science and international relations at Istanbul Maltepe University, pointed out that the news that the Daesh leader had been killed in a US military raid is in Trump's favour after having faced heavy backlash in Washington following his decision to withdraw US troops from Syria earlier this month.

"The timing is of utmost importance in that the killing took place at a time when Turkey in particular and, perhaps, Russia, and by implication, Syria were trying to give Trump something like a trump card in his struggle against the Congress", he said. 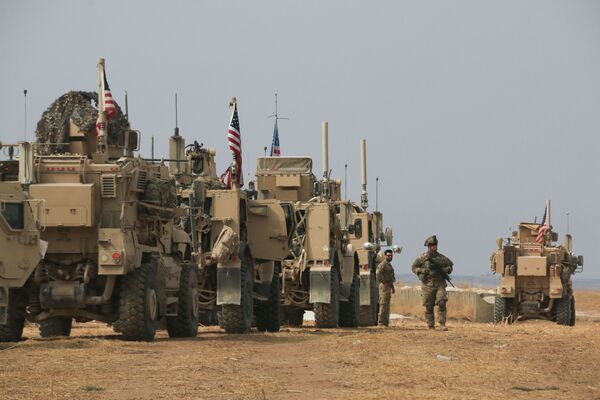 "This may be like God-sent good news that the US president could use to win the US public as well as the Republicans in Congress over to his side, saying that the US has succeeded in crushing ISIS, the oft-reiterated pretext for the US military presence in Syria", Professor Unal added.

A Syrian journalist and activist in Idlib province, who asked not to be named, said that Washington wanted to show other players in Syria that the US still has a presence in the country:

"This operation comes at a sensitive time for the United States to withdraw its troops from Syria and the US elections are approaching. The United States wanted to send a message to the Russians and others that they are still in Syria and that they can target those they want at their chosen time without anyone's participation. But the question arises, why America followed Baghdadi until he entered Idlib?" the journalist said, questioning the US actions.

The journalist and activist also questioned the news of al-Baghdadi's death.

"I cannot confirm or deny that Baghdadi was killed in this covert operation, [the] only confirmed [news] is the death of a number of leaders of terrorist organisations", he noted.

In turn, Orhan Gafarli, a political scientist and PhD candidate in international relations at Ankara University, said there's been no confirmation of this news from Daesh.

"I think that Daesh is a very specific and un-traditional terrorist organisation. The structure of this organisation is very ideological and there are leaders in two types, 'religious scholars' and political and army leadership. For Daesh, information about the assassination of leader Baghdadi means 'we need to choose a new Imam'".

Gafarli also noted that in order to fight Daesh, it's not enough to kill its leaders - the fight against the terrorist ideology is equally important.

Trump is "Leaving" Syria but Keeping the Oil

Apart from Trump announcing the death of al-Baghdadi, the US president also addressed American plans to guard the oil fields in eastern Syria. "We have taken it and secured it", the US president said at his press conference, adding that he plans to make a deal with a US energy giant to tap Syrian oil reserves.

"What I intend to do, perhaps, is make a deal with an ExxonMobil or one of our great companies to go in there and do it properly … and spread out the wealth", he said.

Dr Ahmad Merei, a Syrian MP and lecturer at Damascus University, has argued that the US just wants to take the oil and that all talks about the need to secure it from terrorists are just another pretext:

"I think now they want to steal the oil, the Syrian oil. For that reason, they wanted to say that Daesh* will come back again against us… But the hidden reason here is to steal this oil and to say to Israel that we are beside you, don't be afraid, especially that Iran now has a big role in the region", the lawmaker stressed. 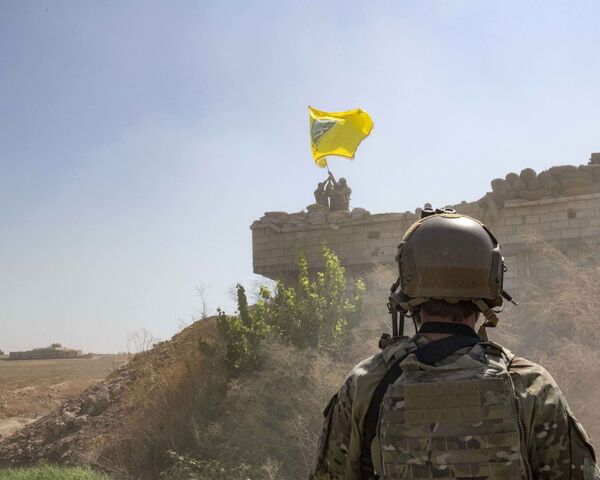 In this Sept. 21, 2019, photo, released by the U.S. Army, a U.S. soldier oversees members of the Syrian Democratic Forces as they demolish a Kurdish fighters' fortification and raise a Tal Abyad Military Council flag over the outpost as part of the so-called "safe zone" near the Turkish border.
© AP Photo / Staff Sgt. Andrew Goedl

On Friday, US Defence Secretary Mark Esper said that Washington will be sending combat troops and armoured vehicles to eastern Syria to secure the oil fields.

Some experts have questioned the legality of this move by the Trump administration.

Moscow has criticised the United States' decision to send troops into eastern Syria to protect the oil fields, calling it "international state banditry".

000000
Popular comments
"........were trying to give Trump something like a trump card in his struggle against the Congress", ......... Hasan could be right. ..... Putin is known to be compassionate even towards his known rivals. If a request had come from trump to let him have an advantage in Syria which would help him raise his political ratings at home, Putin would agree.