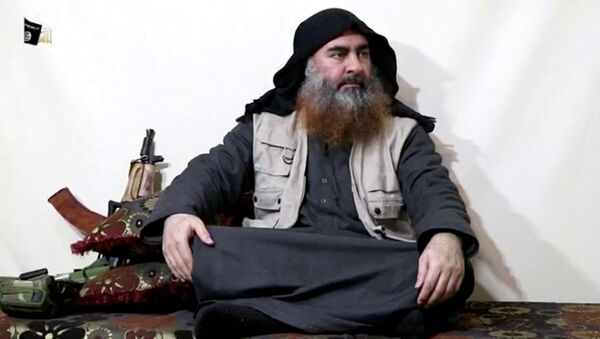 After US military operations Saturday and Sunday resulted in the deaths of Daesh leader Abu Bakr al-Baghdadi and spokesperson Abu al-Hassan al-Muhajir in Syria, the terrorist organization has reportedly acquired a new leader.

Abdullah Qardash, who reportedly bears the nicknames “the Destoyer” and “The Professor,” was reportedly already overseeing Daesh’s day-to-day operations and kill campaigns and has formally become its leader in the wake of Baghdadi’s death on Saturday, Newsweek reported, citing a regional intelligence official.

Qardash was previously an officer of the Iraqi military during the reign of the late President Saddam Hussein.

“Baghdadi was a figurehead. He was not involved in operations or day-to-day,” the official told Newsweek. “All Baghdadi did was say yes or no — no planning.”

According to the Times of London, Qardash had been loyal to Baghdadi, as the pair were held in the Camp Bucca detention centre in Basra, Iraq, after being jailed by US forces over their links to al-Qaeda in 2003, and Baghdadi was even handing more power to Qardash before he died. Fadhel Abo Ragheef, a former security analyst with the Iraqi government, told the Times in August that Baghdadi was “trying to prepare Qardash to lead ISIS in the future.”

“Described by some security analysts as cruel and authoritarian yet popular and well-respected among other [Daesh] members, Qardash was responsible for eliminating those who are against al-Baghdadi’s style of leadership,” the researchers said.

Some fear that Baghdadi’s death will be a trigger for new terrorist attacks across the world. In a letter to police in his country, French Interior Minister Christophe Castaner warned of possible calls “for acts of vengeance.”

US President Donald Trump announced Sunday that Baghdadi was chased to the end of an underground tunnel by military dogs during a US raid, and that he then detonated a suicide vest, blowing up himself and three of his children.