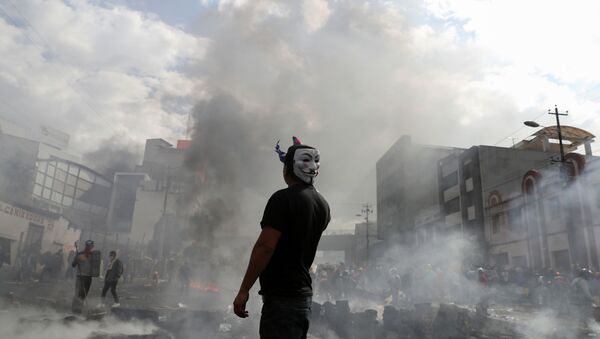 QUITO (Sputnik) – As many as 10 people were killed and 1,340 more injured during 12 days of protests in Ecuador, the Ecuadorian ombudsman’s office said.

''We had to present the information [to the Inter-American Commission on Human Rights], gathered by the ombudsman’s office during 12 days of protests. As of October 13, the official figures say that 1,192 people were detained … 1,340 injured and 10 killed'', Ecuador’s ombudsman Freddy Carrion told reporters on Monday.

The protests in Ecuador erupted early in October, when the government issued the decree scrapping fuel subsidies, among other austerity measures that sparked outrage of the public. The demonstrations have turned violent, prompting the president to declare a state of emergency.

Ecuador is one of the Latin American countries rocked by huge protests recently, with the unrest continuing in Chile over social problems and protests in Haiti to ouster President Jovenel Moise.