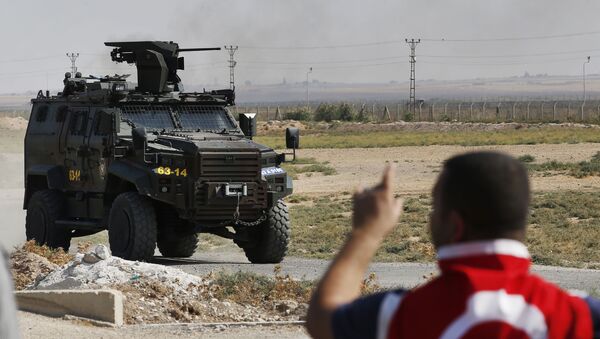 The suspects were detained by the provincial police department's counterterrorism units, according to the Anadolu news agency.

The Turkish authorities said that over 300 people have been killed in civilian-targeted suicide bombings and armed attacks claimed by the terrorist group in Turkey over recent years. The Turkish security forces have been actively involved in the fight against terrorism.

A day earlier, US President Donald Trump announced having hunted down Baghdadi in Syria's Idlib and thanked Russia, Iraq, Syria and Turkey for their assistance in the course of the operation. Russia, in particular, "treated [the US military] great" and opened the Syrian airspace under its control for the US fleet of helicopters to access Baghdadi, the US president claimed. The Russian Defence Ministry said that it had possessed no reliable data about the US operation and had reasons to question the realness of it.

On 9 October, Turkish President Recep Tayyip Erdogan announced the launch of Operation Peace Spring in northern Syria. The offensive is part of Ankara's goal to clear its Syria-facing border area of terrorists and the terrorist-designated Kurdish militants as well as create a safe zone for the relocation of Syrian refugees, who are currently residing in Turkey.

Following the talks between Erdogan and Russian President Vladimir Putin, a Russian-Turkish memorandum was signed on 22 October in Russia's Sochi, which stipulates that within 150 hours Kurdish militants would be withdrawn to a distance of 30 kilometres from the border with Turkey to the west and east of the operation zone. A 10-point memorandum of understanding stipulated that units of Russian military police and Syrian border control be deployed on the Syrian edge of the area within which Turkey launched its Operation Peace Spring.

The Syrian government has condemned the Turkish offensive in northern Syria as an act of aggression, while Russia, as well as a number of Arab and Western nations, including the United States, voiced concern over the developments.