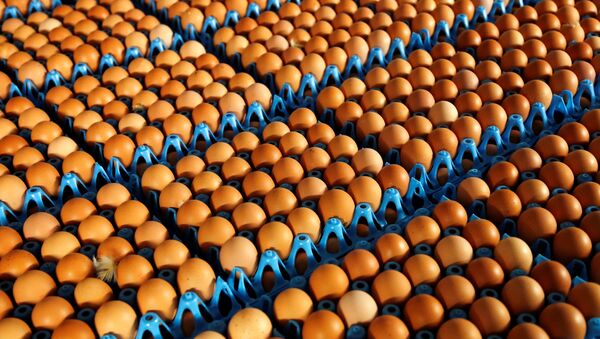 New Delhi (Sputnik) - While men in some cultures are expected to "bring home the bacon", in parts of India the bar is somewhat lower; one husband's inability to provide eggs regularly to his spouse has cost the daily wage labourer his marriage in the Indian state of Uttar Pradesh, according to local media.

In a bizarre incident, a woman abandoned her husband for the second time in four months on Saturday after allegedly not being provided with eggs, the News18 web portal reported on Sunday.

According to the report, the woman, who lived with her husband in Gorakhpur district of Uttar Pradesh state, told police she was upset about her husband not providing her with eggs and decided to run away again after having an argument with him on Saturday.

She said she had left her home for the first time four months ago over the same issue and had eloped with another man.

Since her paramour was also not at his house on Saturday, it was believed that they might have eloped again.

Her husband said he could not afford to buy eggs on a daily basis for the family and alleged that the man with whom his wife was involved had taken advantage of their bizarre situation and started supplying eggs to her every day.