'He Died Crying and Screaming': Trump Confirms Daesh Leader Baghdadi Has Been Eliminated 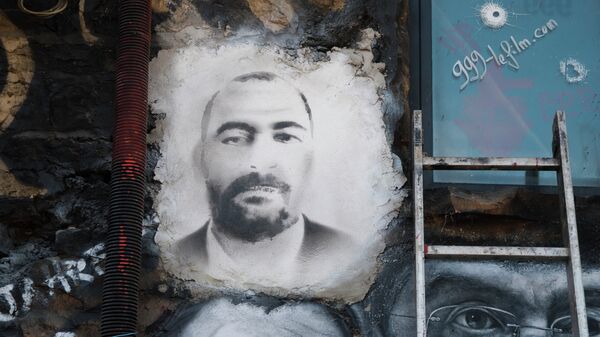 Ilya Tsukanov
All materialsWrite to the author
On Saturday night, the president left a mysterious tweet, writing that "something very big has just happened," with the White House later saying he would make an announcement on Sunday morning.

“Last night the US brought the world’s number one terrorist leader to justice. Abu Bakr al-Baghdadi is dead," he said, speaking from the White House on Sunday.

Trump said no US special operations forces were killed in the operation, which was said to have taken place in northwestern Syria on Saturday night.

"The US personnel were incredible. I got to watch much of it. No personnel were lost in the operation, while a large number of Baghdadi's fighters and companions were killed with him," the president noted.

Trump said Baghdadi "died after running into a dead-end tunnel, whimpering and crying and screaming all the way."

According to the president, 11 young children had been moved out of the compound to safety. However, three children were said to have died after Baghdadi dragged them into the tunnel with him and blew up a suicide vest while pursued by a US K9 unit.

Trump said two of Baghdadi's wives were also killed, and were wearing suicide vests which had not been detonated.

"His body was mutilated by the blast, the tunnel had caved in on it in addition, but test results gave certain, immediate and totally positive identification. It was him," Trump said. Trump later clarified that DNA evidence had identified Baghdadi.

Trump said the operation took place over the space of two hours.

Saying the US "reach" against the terrorists was "very long," Trump recalled that the US had also confirmed killing Hamza bin Laden, son of al-Qaeda founder Osama bin Laden, who was "saying very bad things about people, about our country, about the world."

As for Baghdadi, the president said his caliphate had been "obliterated 100 percent" in March, and the terrorist leader's death was "another reminder that we will continue to pursue the remaining ISIS terrorists to their brutal end."

Thanks to Other Countries

Trump said the raid couldn't have taken place without the "acknowledgement and help of certain other nations and people."

Taking questions, Trump expanded on his comments. "Russia treated us great. They opened up - we had to fly over certain Russia-held areas. Russia was great. Iraq was excellent. We really had great cooperation. And you have to understand, they didn't know what we were doing and where we were going exactly. But the ISIS fighters are hated as much by Russia and some of these other countries as they are by us."

Later Sunday, Russia's Defence Ministry challenged Mr. Trump's claims, saying Russia had not been informed of any alleged assistance to allow US aircraft to fly into Syrian airspace during the operation to eliminate Baghdadi.

First Videos emerging from Barisha #Syria where US reportedly carried out operation that led to death of #Baghdadi @mohmad_rasheed is on site. Says US destroyed full compound after operation. At least 7 killed (with Baghdadi). Trump speaking in 2hrs: pic.twitter.com/5ZIpLjvRLW

Trump added that in the notice to Russia, the US intimated that "'we think you're going to be very happy,' because you know again, they hate ISIS as much as we do."

The Kurds, he said, provided some "helpful" information, Trump said. The president also confirmed that Turkey knew that the US was going in, and that US gunships involved flew over Turkish-controlled airspace.

The president also said he had informed congressional leaders including House Speaker Nancy Pelosi about the operation.

Prior to Saturday's operation, Baghdadi was repeatedly reported to have been killed or injured in raids. A 2015 report claimed he was injured after a US strike. Multiple accounts alleged throughout the summer of 2017 that he had been captured or killed, but none of them was ever corroborated.

Believed to have been born in Samarra, Iraq (about 100 km north of Baghdad) in 1971, Baghdadi studied at the Islamic University of Baghdad, and reportedly preached at a mosque in the Iraqi capital before joining the anti-US insurgency which began after the US invaded the country in 2003. He is thought to have been arrested in 2004 and imprisoned in an American jail, and to have been released some time between 2004 and 2009. Baghdadi pledged allegiance to the Mujahideen Shura Council, an umbrella organization of Sunni Islamists, which changed its name to the Islamic State of Iraq in 2005. Baghdadi became the group's leader in 2010. After 2011, as Syria descended into a foreign-backed civil conflict, Baghdadi's group formed the al-Nusra Front. But the Islamist soon had a fallout with al-Nusra's Syria-based leader, leading to a split between the Islamic State and the al-Qaeda backed group. 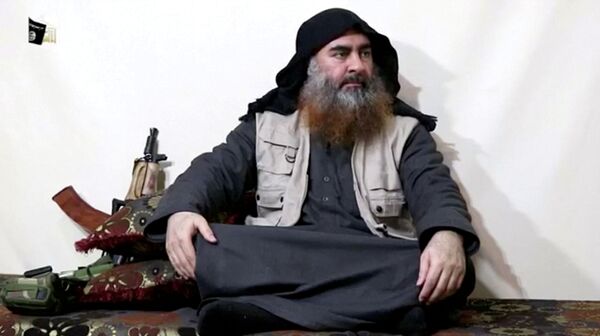 Daesh gained the attention of the international community in 2014, when it began capturing wide swathes of territory in northwestern Iraq and eastern Syria, eventually establishing a caliphate. The group reached the zenith of its power and territory in 2015, before the Iraqi and Syrian militaries, with support from Russia, the US-led anti-Daesh coalition, Iran, and Hezbollah drove the terrorist group back, with Baghdadi and other fighters scattered and going into hiding.