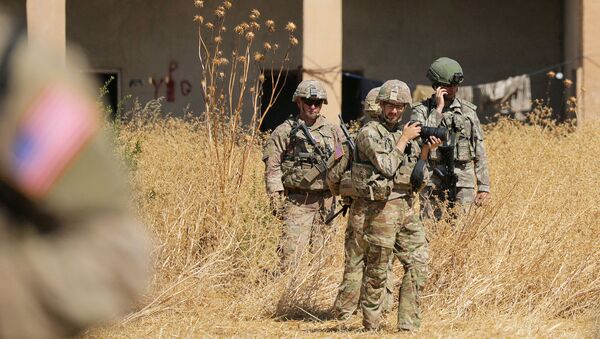 Oleg Burunov
All materialsWrite to the author
Last Saturday, a five-day ceasefire in northern Syria was announced after talks between Turkish President Recep Tayyip Erdogan and US Vice President Mike Pence. Shortly after, Ankara said that the ceasefire would be permanent.

The Turkish Defence Ministry said in a statement on Sunday that at least one soldier had been killed and five more were wounded in a rocket and mortar attack staged by the Kurdish People's Protection Units (YPG) in northeastern Syria's Ras al-Ayn.

The ministry added that the Turkish military responded in kind to the attack, which took place after they carried out a reconnaissance mission in the area.

The attack comes a week after a five-day ceasefire in northern Syria was clinched following talks between President Recep Tayyip Erdogan and US Vice President Mike Pence. This was followed by Erdogan announcing that the ceasefire is permanent. 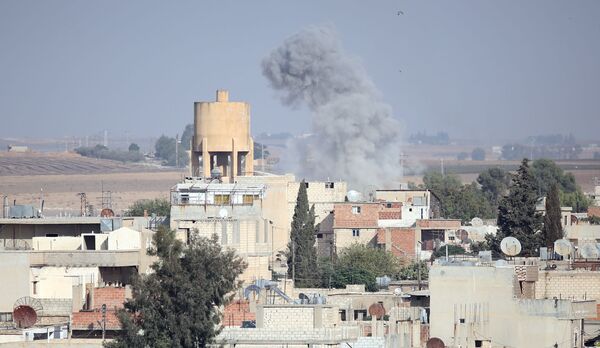 Fire engulfs border between Turkey and Syria amid battles between the Turkish Armed Forces and militants in the city of Ras al-Ayn. 12 October 2019
© Sputnik / Hikmet Durdun

However, Turkey has already accused the Kurdish militia of attacking its armed forces. The SDF denied the claims, also accusing Ankara of breaking the deal to carry out attacks on them.

Ankara Threatens to Resume Its Military Op in Northern Syria

In the latest development, Erdogan warned that Ankara would resume operations in Syria against Kurdish forces if they remain inside the 20-mile security zone agreed upon with Russia.

“We agreed with Russia, but if after 150 hours the terrorists remain in the agreed zone, then we will continue to do what we should, we will take control of the zone and clean it ourselves. We will not sit down at the negotiating table with the terrorists,” he pointed out.

A Russian-Turkish memorandum, which was earlier signed by Erdogan and Russia’s President Vladimir Putin, stipulates that within 150 hours Kurdish militia would be withdrawn to a distance of 30 kilometres (18.6 miles) from the border with Turkey to the west and east of the operation zone. The deadline ends at 6:00 pm local time (15:00 GMT) on 29 October.

In a separate development, the Syria TV news outlet reported on Saturday that a column of US troops,  which included “dozens of soldiers and military hardware”, had returned to northeastern Syria’s al-Hasakah Province.

And so they are back. US convoy drives back to Syria. Here it is passing in Qamishli, just a day before the Russian MP were driving by the exact same street. This is a twist in a serious of events that are getting crazier and crazier.@Delilsouleman nails the picture of the day. pic.twitter.com/6srXXzxFaN

This came a day after US Defence Secretary Mark Esper said that the US would maintain a "reduced presence" in Syria, citing concerns about Daesh* terrorists taking control of nearby oil fields.

Russian Defence Ministry spokesman Igor Konashenkov , for his part, stated that “what Washington does now – the capture and holding under its armed control of oil fields in Eastern Syria is, simply speaking, international state banditism”.

Ankara launched its Operation Peace Spring in northern Syria on 9 October in a bid to drive the US-backed Syrian Democratic Forces (SDF) from its borders, because Turkish authorities believe they are affiliated with the Kurdistan Workers' Party (PKK), banned in the country as a terrorist group.

Damascus condemned the operation as a violation of Syria’s sovereignty, with several countries, including the US, Germany and the UK announcing an embargo on their weapons exports to Turkey over Ankara’s move.