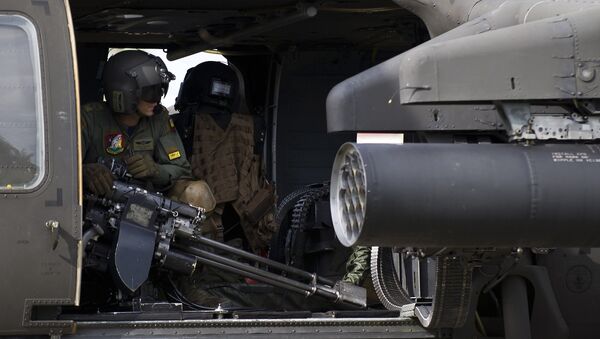 The Air Force confirmed that the crashed helicopter had been already found.

According to the Air Force, the helicopter was in excellent condition and was several times used for transporting the country’s president. Once it was even used to transport Pope Francis during his visit to the Latin American nation.

According to the RCN radio broadcaster, the Bell 412 helicopter disappeared on late Friday after leaving the Palanquero base in the Department of Cundinamarca.

Causes of the incident remain unknown. The investigation has already been launched.