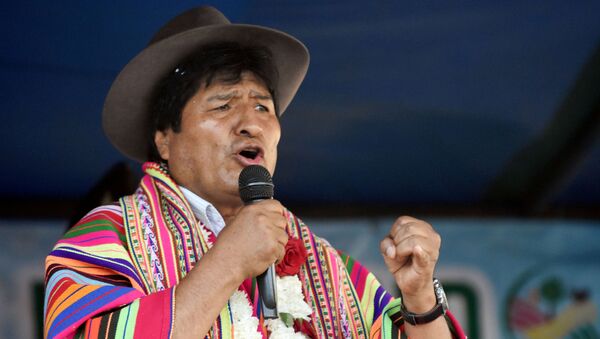 "A warning ... to all the people of Bolivia and the various social sectors that are preparing to carry out a coup d'etat this week: we have already been informed," Morales said, as quoted by the Hoy Bolivia newspaper.

He also called on the rural population to defend the results of the presidential election.

According to Bolivia's Supreme Electoral Tribunal, incumbent leader Morales won the presidential election in the first round. His main rival, Carlos Mesa, did not recognize the results of the vote count.

The tribunal's president, Maria Eugenia Choque said that the Organization of American States and the European Union could check the results of the vote count, and that the authorities were open to this.

During the vote count in a number of cities in Bolivia, rallies began, which grew into riots. Protesters set some regional branches of the election tribunal on fire.

Several people were injured. Morales called the mass protests in the country an attempted coup, which was undertaken by right-wing forces dissatisfied with his win.