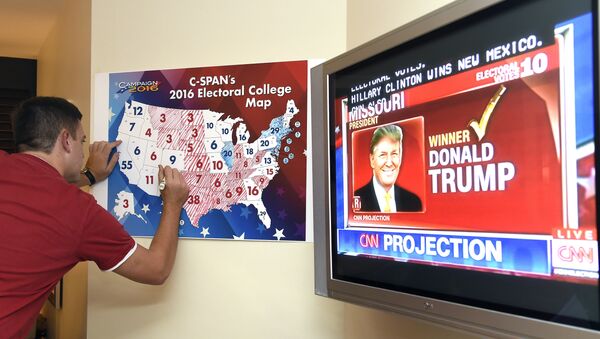 An overconfident and self-congratulatory post Clinton made in 2016 has haunted her for years and there’s little indication that it will stop any time soon.

A Trump team tweet “congratulating” Hillary Clinton with her birthday – 26 October – reminded her of the results of the 2016 US presidential election.

To do so, the team dug out Clinton’s 2016 tweet in which the then-candidate congratulated herself, presumptuously calling herself a “future president.”

“Happy birthday to this future president,” Hillary said in 2016 tweet, accompanied with a black and white photo of herself as a young girl.

​Naturally, a large number of netizens couldn’t let the opportunity slide, and joined the congratulations with a storm of satirical tweets mocking Clinton’s overconfidence.

​Clinton’s tweet, posted in 2016, has been a target of mockery for several years. One of the most liked comments, which gathered some 2,300 likes, was posted in 2017, and superimposes Hillary’s child photo with a face of Donald Trump.

​Hillary was apparently so crushed by her 2016 defeat that she failed to appear before her supporters on election day. There have been reports of veiled hints that she might now join the 2020 presidential race. On Thursday, longtime Clinton advisor Philippe Reines confirmed in an interview with Fox News’s Tucker Carlson that the former Secretary of State “hasn’t foreclosed the possibility” of running in 2020, adding that she might have some chance of winning the nomination, considering that in 2016, “65 million people voted for her and that’s second more to anyone except Barack Obama.”

True then. True today.
Sadly, so many STILL haven't been given the news. pic.twitter.com/iKC00nMj3g