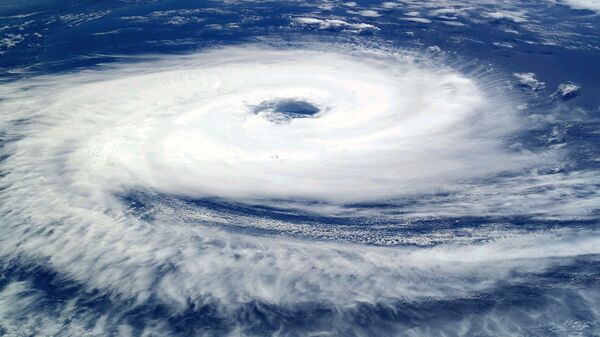 New Delhi (Sputnik): After a devastating spell of rainfall, the western part of India is facing another natural calamity in “Kyarr” – a severe cyclonic storm in the Arabian Sea, centred about 360 kilometres south-south-west of Mumbai.

Several regions in western India including Karnataka, Goa, Maharashtra and Gujarat have experienced heavy rainfall with gale-force winds. But there is no reported loss of life.

India’s Meteorological Department (IMD) warned that the cyclone could further intensify into an extremely severe storm with a maximum surface speed of 170-180 kilometre per hour in the next 24 hours.

​The IMD forecast said the cyclone has significantly grown in terms of lateral movement over the sea.

The Joint Typhoon Centre of the United States expects the storm to peak after three days, but will then start to weaken on approach to the Oman coastline.

Karnataka has been one of the worst-hit in this year’s monsoon, which has claimed over 100 lives and flattened crops in over 10 lakh hectares. The state has witnessed one of the worst floods in over a century.