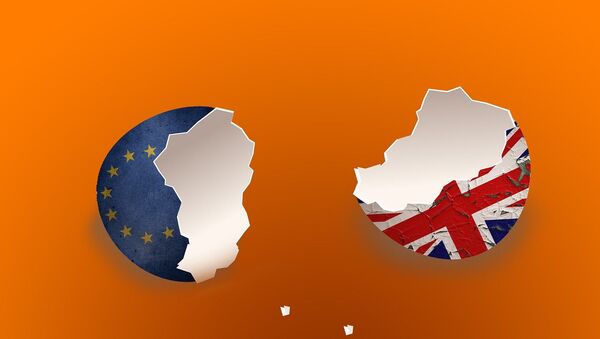 Svetlana Ekimenko
All materialsWrite to the author
In a House of Commons vote on 22 October, Boris Johnson’s withdrawal bill won support from MPs, but lawmakers rejected an accelerated deadline for debating it, obliging the Prime Minister to “pause” Brexit legislation while awaiting a Brussels delay decision.

A senior EU official has said the bloc is "very unlikely" to decide on an extension to Brexit negotiations before Tuesday, reports Sky News.

EU ambassadors have agreed to delay Brexit, but will not make a decision on a new deadline date until next week, as Brussels is mulling whether to opt for an extension until January or a shorter November delay.

The European Commission said work on this would "continue in the coming days".

Deliberations among the 27 leaders, which have extended into the weekend, come as a leaked document cited by the Financial Times is reported to indicate the UK could deviate away from EU employee and environmental rights after exit day.

According to the FT’s report, the leaked Department for Exiting the European Union (DExEU) document stated “room for interpretation” in the way the political declaration outlining the goals of future UK-EU trade negotiations had drafted the workers’ rights and environmental protection commitments.

Earlier, Prime Minister Boris Johnson told MPs the UK was committed to “the highest possible standards” on both issues – thus swaying 19 Labour MPs to back his Withdrawal Agreement Bill during its second reading on 22 October.

“Boris Johnson’s Brexit is a blueprint for a deregulated economy, which will see vital rights and protections torn up,” Chapman said.

Fears are cited by some EU members, such as Germany, that Johnson is intent on moulding a Singapore-style UK, with a low-tax, lightly regulated economy once it has left the bloc.

German Chancellor Angela Merkel, speaking in the Bundestag in September, highlighted the economic danger posed by Britain if it is allowed to become a “Singapore-on-Thames” as Boris Johnson’s Brexit envoy David Frost outlined in a plan to ditch the UK’s commitments to stay aligned with the EU’s social and environmental standards.

Boris Johnson is pressing ahead with calls for a general election on 12 December, as the government is to table the motion Monday, to give MPs more time to debate the new Brexit deal.

"I think for MPs across the House to have any credibility about delivering Brexit, they now have to commit to an election 12 December. So that's what we're pushing for," said Johnson.

If you want to help me #GetBrexitDone then please sign up here to volunteer: https://t.co/K7s0eQXw5c pic.twitter.com/6L2l7KVpzY

However, he needs opposition votes in order to secure the two-thirds Commons majority required by law to hold a national ballot.

Johnson, forced to give up his “do or die” pledge to take the UK out of the EU by the 31 October deadline, told Jeremy Corbyn on Friday to "man up" and face him after the Labour leader said he was waiting for Brussels’ decision on extending the Article 50 negotiating period before clarifying whether he would tell his MPs to back a new general election.

The Labour Party's official position has long been that they would agree to an election as long as a delay to the country’s exit from the EU bloc is agreed - removing the imminent threat of a no-deal exit.

Labour previously twice rejected attempts by Johnson to go to the polls before 2022.

Corbyn has said he will back a general election if the PM removes the threat of a no-deal Brexit.

"I've said all along - take no deal off the table, and we'll have the election."

Shadow home secretary Diane Abbott said they wanted an "explicit commitment" that a no-deal Brexit was off the table before they would be prepared to back an election.

The developments come in the wake of the House of Commons vote on 22 October, where the Prime Minister’s withdrawal bill won slim majority support from MPs but realistic prospects of the UK leaving the bloc by the 31 October deadline were dashed when the lawmakers rejected a three-day deadline for debating it. 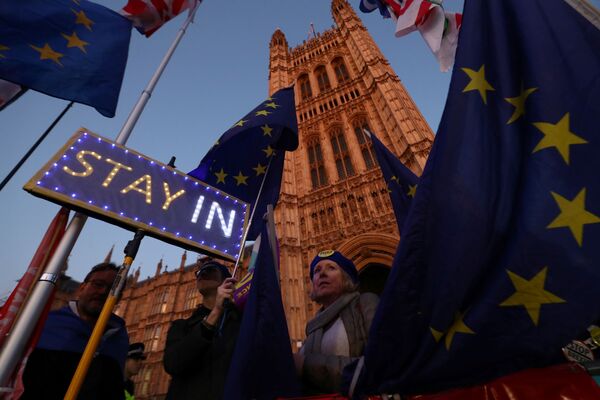 The Prime Minister promptly froze all debate on his Withdrawal Agreement Bill while awaiting a Brexit extension decision from Brussels.

Earlier, on 19 October, Johnson was forced under legislation called the Benn Act to send a letter to the EU requesting a three-month delay to the withdrawal from the bloc, after MPs voted 322 to 306 to withhold approval of his exit deal at last weekend's special Saturday sitting.