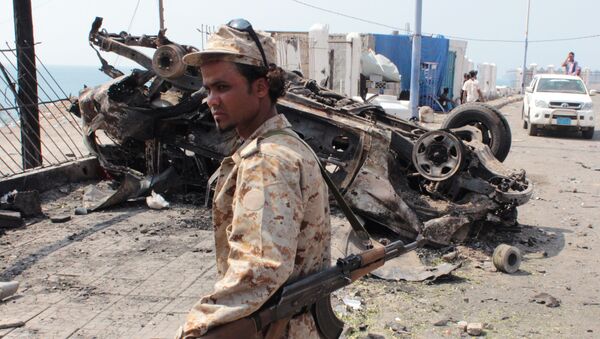 "The Saudi-led coalition will head a joint committee on the implementation of the Riyadh agreement, which stipulates a formation of a government including 24 ministers equally representing northern and southern provinces. The problem of the south will be settled through political negotiations," the sources said.

The deal also reportedly envisions the return of the Yemeni prime minister from exile in Saudi Arabia to the city of Aden for the resumption of the work of government offices and paying salaries to military and civil officials in the regions controlled by the internationally-recognized government of President Abdrabbuh Mansur Hadi.

The southern Democratic Republic of Yemen and the northern Yemen Arab Republic were unified in 1990, forming the Republic of Yemen. However, the southern regions have been seeking independence ever since. The Southern Transitional Council was established in 2017.

Since August, Aden, the temporary seat of the government, and other southern areas have been a scene of violent clashes between the southern separatists and the government, which had been formerly allied against the rebel Houthi movement.

Saudi Arabia has made attempts to broker a peace deal between the sides.

On Thursday, Saudi Minister of State for Foreign Affairs Adel Jubeir said that the Yemeni government and the southern pro-independence rebels were on the verge of reaching the agreement.