'Whacked All Over My Body': Foreign Reporter Recalls Her 'Memorable' Visit to Russian Bathhouse 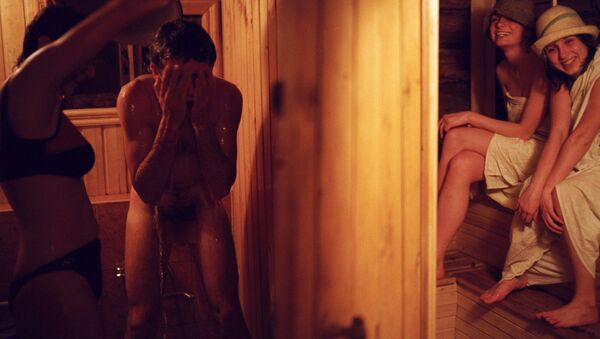 As the reporter advised people not to pass up a chance to go to a banya when visiting Russia, she also warned them to prepare for “some mild confusion and some solid whacking”.

Reminiscing about her trip to Russia earlier this year, Business Insider reporter Katie Warren has revealed what she described as the "most memorable part" of that experience, a visit to a public bathhouse, also known as banya, which apparently trumped even a tour of the Moscow Kremlin, a ride on the Trans-Siberian Railway and a stay in the "ultra-luxurious, $18,000-a-night presidential suite at the Moscow Ritz-Carlton".

As Warren recalled, the event took place toward the end of her journey, with the bathhouse she visited being Sanduny, the oldest public bathhouse in Russia, which opened in Moscow in 1808.

There, the reporter paid some $85 for a birch "branch massage", describing the ensuing procedure in detail.

"After dragging the branches up and down my body, which sort of tickled, the masseuse proceeded to whack the branches up and down my body with force for about 15 minutes", Warren wrote. "After that — with no warning — she threw three buckets of water over my entire body: one ice-cold, one slightly warmer, and one lukewarm. She had me turn onto my back and then repeated the water-dousing process".

The reporter also noted that a visit to the banya "is said to improve skin and overall health", adding that she was feeling "both serene and invigorated" when she left the bathhouse.

"If you happen to be in Russia, I wouldn't pass up the chance to go to a banya. Just prepare yourself for some mild confusion and some solid whacking", Warren remarked.