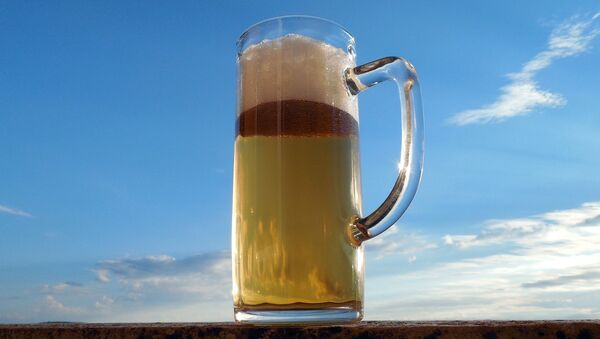 Danish craft beer producer Beer Here has landed in trouble due to the sacrilegious motifs on its labels.

In recent weeks, the Bornholm-based brewery has admittedly received dozens of angry requests to change the labels on two of its beers, “Kama Citra” and “Coffee Karma”, which feature Indian deities holding beers. The requests mostly come from India.

Nevertheless, the owner remains unperturbed by the complaints, however numerous.

“It would cost me around DKK 15,000 (about $2,250) to make and print new labels. If those around 40 people would donate the same amount to an organisation that helps victims of the caste system in India, I would make new labels. And then they should also come and help put labels on the bottles,” Christian Skovdal Andersen told Danish TV2.

However, the scarcity of redesign suggestions prompted a strong reply from Andersen.

“Not a single one of you has agreed to help me for a couple of hours to relabel the current stock and donate a measly €60 to help the victims of your religion. That makes me think that you are not that concerned about your invisible friends anyway,” Andersen wrote on Facebook.

Andersen also came out as a dues-paying member of the Church of the Flying Spaghetti Monster, a mock religion mostly favoured by atheists and religious sceptics, and invited those who have felt wronged by his labels to do insulting artwork of “His Noodly Magnificence”.

At the same time, however, he asked for tips finding other Hindu deities, suggesting names as Monkey-tranvestite, Manboob Baby and Stoned Smurf.

“We have a good tradition for making satire here in Denmark. I've been to this before with other labels too. I will continue to make them,” Christian Skovdal Andersen said. He assured that he had nothing personal against against Hindus and stressed that he has made labels with motifs satirising both Islam and Christianity. He emphasised that he “won't stop here” and called all religions “equally ridiculous”.

Beer Here has several profane beers on the menu, including “100% halal” “Öllah” with Prophet Muhammad with a Danish cap (the name itself being a contamination of Allah and Öl, the Scandinavian word for 'beer'), apparently a nod to Denmark's 2005 Muhammad cartoons controversy. On another label, newly-resurrected Jesus is seen drinking beer, while a third one features a priest seemingly being orally satisfied by a child.