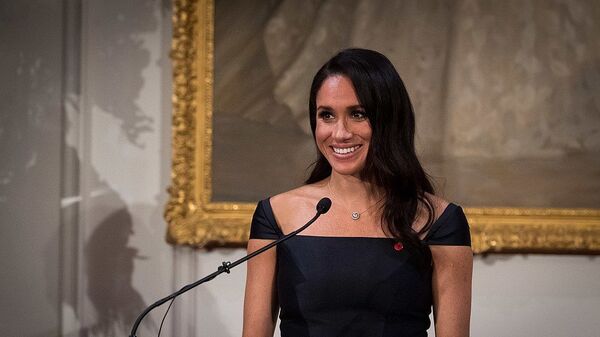 Svetlana Ekimenko
All materialsWrite to the author
Samantha Markle, the paternal half-sister of the Duchess of Sussex, hasn't spoken directly with her since 2008, but she has been one of the duchess' staunchest critics in the media since Harry and Meghan's May 2018 wedding.

Samantha Markle, the paternal half-sister of the Duchess of Sussex, has branded Meghan a hypocrite during an Inside Edition interview on Thursday.

Markle, 54, who hasn't spoken directly with her estranged half-sister since 2008, took aim at the Duchess after watching the ITV documentary “Harry and Meghan: An African Journey” on Wednesday night.

The footage featured an emotional interview where Meghan, choking back tears, lamented that she is rarely asked if she's okay as she struggles under pressure of intense public scrutiny:

“Not many people have asked if I'm okay.”

The Virginia woman was stunned at Meghan’s “audacity” to make such a remark.

“I thought: "Wow, did you ever ask dad if he was okay during two heart attacks?”” Samantha Markle told Inside Edition, in a reference to their father, Thomas Markle Sr. 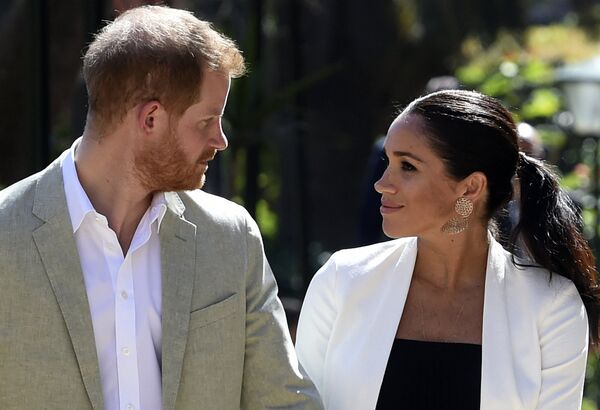 Britain's Prince Harry and Meghan, Duchess of Sussex visit the Andalusian Gardens in Rabat, Morocco, Monday, Feb. 25, 2019. The Duke and Duchess of Sussex are on a three day visit to the country.
© AP Photo / Facundo Arrizabalaga

Meghan’s half-sister also slammed the Duchess of Sussex for complaining about the extensive press coverage she's had to contend with since marrying Harry in May 2018.

“She knew exactly what she was doing, so, hey you got what you wanted,” she said, adding:

“I think it is really ludicrous that someone who is escorted around the world by millions of dollars’ worth of security on private jets as a millionaire could ever complain about anything.”

When asked to comment the criticism she's faced from people who think she is mean and unfair to Meghan, Samantha responded:

“Telling the truth is not being mean.”

As the ITV feature offered some of the best footage of royal baby Archie, Samantha Markle softened somewhat, saying:

“He is adorable. He looks like Harry,” noting that the documentary was one of the first times she'd gotten to see her nephew. 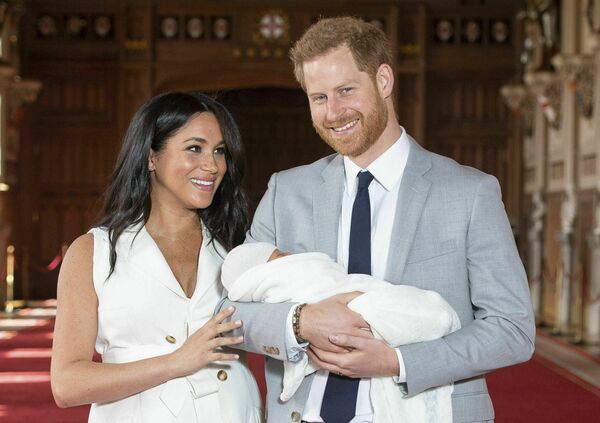 Samantha Markle hasn't spoken directly with her half-sister in over a decade, but has been one of the duchess' staunchest critics in the media, repeatedly calling her out for cutting ties with their father, Thomas Markle Sr, despite his multiple health scares in recent years.

Relations broke down between him and Meghan after Thomas Markle Sr. struck a deal to stage photos with a British paparazzi photographer despite pleas from Prince Harry for the media to leave his future father-in-law alone.

At the time of the royal wedding, Samantha Markle had been estranged from her half-sister for almost a decade and was not invited to attend the event. 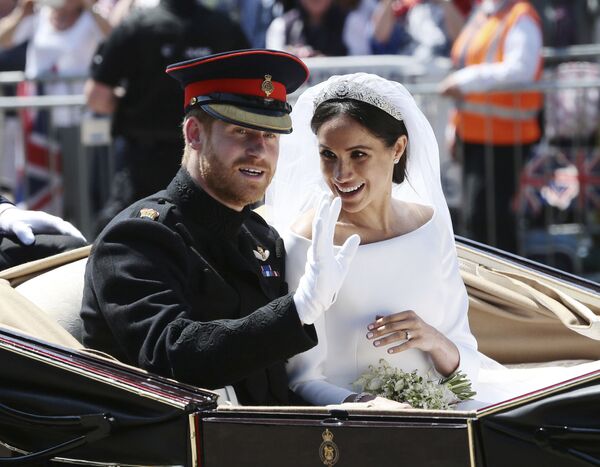 Britain's Prince Harry and Meghan Markle ride in an open-topped carriage after their wedding ceremony at St. George's Chapel in Windsor Castle in Windsor, near London, England, Saturday, May 19, 2018
© AP Photo / Aaron Chown/pool