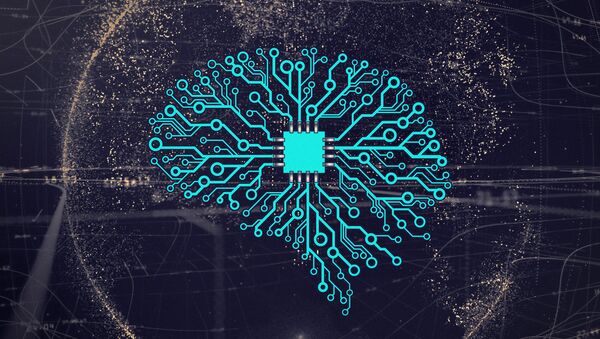 CC BY 2.0 / Mike MacKenzie / Machine Learning & Artificial Intelligence
Subscribe
AI is changing every aspect of war and has long been the interest of the US as a means to refine combat capabilities. The new technology does not just improve technological efficiency, but changes the nature of battle in all fields of war, including formation and maneuvering.

The US military is massively speeding the development of AI to reduce soldier casualties, according to Fox News on Thursday.

The establishment of high-speed, multi-domain warfare by 2030, in which AI technology can take advantage of 'networks' to hit multiple targets with Hellfire missiles as a means of decreasing the risk faced by soldiers in the field is a primary objective of the Army’s emerging AI Task Force.

“One of our challenges is how do we get more data off of combat systems and curate that data” said Brigadier General Matt Easley, director of the Army Artificial Intelligence Task Force, while speaking at the Association of the United States Army Annual Symposium, quoted by Fox News.

“We are at a critical juncture of getting requirements into the system now […] so that 10 years from now we are not where we are today, where it can be difficult to organize some data”, he said.

The Brigadier General included Multi-Spectral sensors and Synthetic Aperture Radar (SAR) as examples of technologies that will benefit from AI-empowered data processing.

Fox reported that Lieutenant Colonel Christopher Lowrance, Autonomous Systems Lead, AI Task Force, said, “It is about enabling a speed-up capability, so you can instantly recognize targets for soldiers who would normally have to go through intelligence data manually to look for cues to get the right targeting information. We are getting the right kind of data to enable this speed up. We are working on how to get the right data to enable maneuver with minimal input from soldiers”.

The new wartime software scenario predicts that engineers will not only be able to reduce the hardware footprint by combining multiple sensor nodes or 'boxes' into one, but also that AI processing speed will be able to organize data quickly and efficiently.

Fox noted that a current vision for the military points to unmanned ground vehicles which could receive targeting information to take out enemy tanks via the Hellfire missiles without exposing the location of personnel.

Combat winning in future warfare will not only be reliant on accurate data, but also on the speed of the processing and networking of that data.

AI software receives data, sends it to a sprawling database that includes terrain, targeting, shape and size of enemy vehicles, navigational information, distance, atmospheric conditions and quickly offers the most effectively deadly way for the human operator to accomplish their task.

AI software should eventually be able to recognize the shape of an enemy tank, feed it into a database and decipher a hostile target within milliseconds, according to Fox News.

000000
Popular comments
Like China, Russia, and many other nations aren't already exploiting such technology. Terrorist amerika.... always a day late, and somebody else's money too short.